Rousteing rocketed back to the Eighties — and into the future — for this high-energy extravaganza that took place at the verdant Jardin des Plantes in Paris. 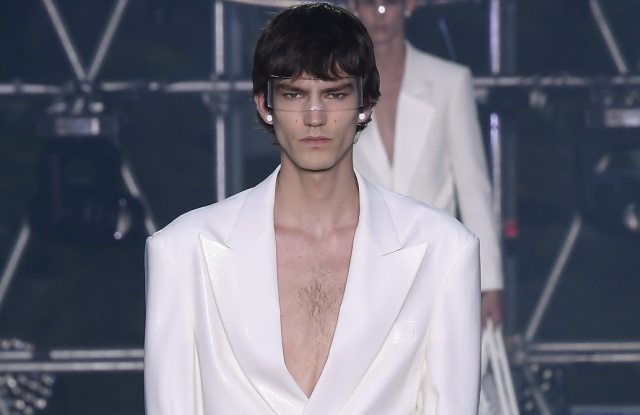 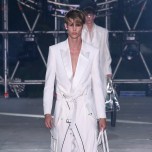 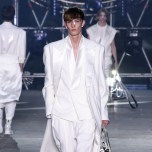 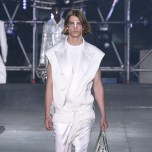 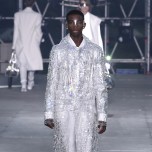 This show was an Olivier Rousteing spectacular, with the designer joining the city’s annual Fête de la Musique on the longest night of the year, and inviting a 2,000-strong crowd to watch his men’s runway outing and outdoor concert, a fund-raiser with (RED) for the Global Fund to fight AIDS.
Rousteing rocketed back to the Eighties — and into the future — for this high-energy extravaganza that took place at the verdant Jardin des Plantes on the night that Parisians traditionally hit the streets and listen to music to mark the summer solstice.
The designer was buzzing backstage — about fund-raising, the importance of inclusivity and fashion’s power to fight for a cause — and said he wanted to channel the upbeat mood of the early Eighties into the collection, and look to the future.
“I want this to be a collection for today, but also for 2050 or 2060, with all the chic and playfulness and craftsmanship of Balmain, and my French touch with all the polka dots and stripes,” he said.
The designer also looked to the early days of MTV as inspiration. “It was a new platform of expression. And like Netflix today, it was a glimpse of the future. So this was all about how the Eighties can meet MTV, Netflix and Balmain, all in the future,” he added.
Rousteing’s collection was packed with showbiz-y looks well-suited to that wide-open stage: Jumpsuits and weekend bags were the color of freshly polished silver, while a transparent trench was showered in what looked like bits of shattered glass.
A zillion tiny acid green beads had been strung in thin stripes across a black drummer boy jacket, while silky, one-piece suits worn with skirts came in shades of mint or baby pink.
In a nod to those powder pastel and power shoulder days of “Miami Vice,” there were skinny jeans the color of Easter eggs, and jackets, long or short, tailored or motorcycle, with fierce lapels.
Most of the above sparkled in this lightning bolt of a collection that struck on the brightest of nights.