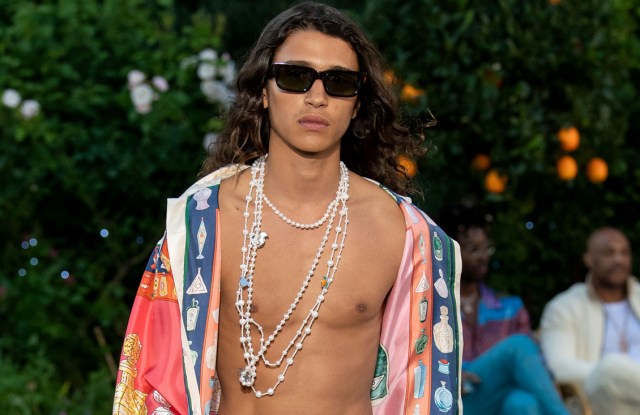 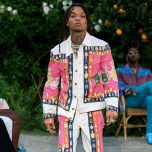 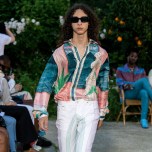 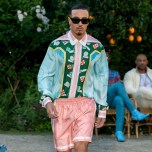 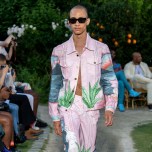 This was catwalk performance number two for Charaf Tajer – a jolt of flamboyant, tropical luxury in a garden oasis.

Paris was heaving with the Fête de la musique, a city-wide street party where aspiring musicians compete to be heard over each other. But at this Montmartre perch, above the crowds, the energy pulsed as models whisked down the runway in white loafers, flaunting silky pastels, brightly patterned jeans and jean-jacket ensembles. Underneath flashed bare chest, or sensual tropical shirts.

Familiar objects were redrawn in the label’s studios: a bright blue jacket had a white cloud of a speedboat blasting across the chest, while oranges were bright cheerful badges on sweatshirts and sweaters, sometimes shown blown up and partly unpeeled.

“I like the idea of elevating things that people think are simple. You can look at an orange and see its beauty — we forget to look at simple things,” Tajer said.

On the soundtrack, catchy Brazilian music had the audience wriggling in their brasserie-style chairs. One model broke the counterclockwise flow and rounded a fountain the other way. A few gasped. Was it a mistake? Who knows? Who cares? It was all part of the party.