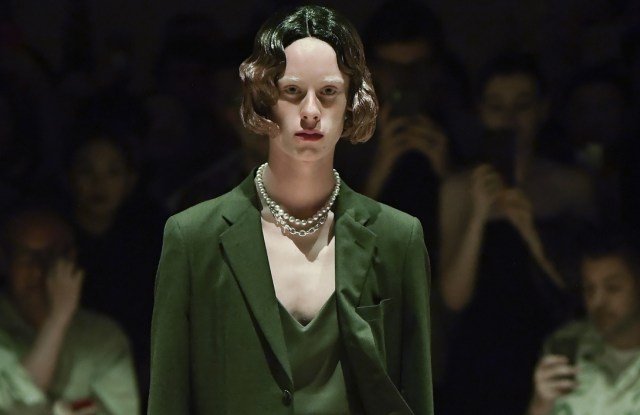 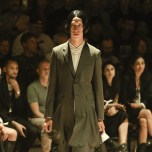 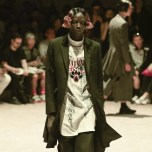 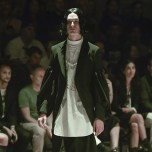 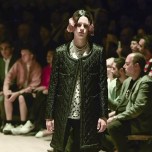 Yes, Virginia, your novel “Orlando” is still beloved more than 90 years after its publication — and was a hit even before the LGBTQ wave crashed onto Western shores.

Woolf’s “Orlando” has been getting major billing this week in Paris, with Tilda Swinton performing parts of it onstage at the “Karl For Ever” tribute, and on Friday at the moody, theatrical Comme des Garçons show, which embraced the book’s gender-twisting, time-traveling themes with gusto.

Rei Kawakubo has had her head stuck in Woolf’s 1928 seminal feminist novel for a while now as she’s been working on the costumes for Olga Neuwirth’s new piece for the Vienna State Opera, which is based on the work. The whole project has been a great exercise in girl power as Neuwirth is the first woman composer to be commissioned by the Vienna State Opera in 150 years.

Thankfully, no one will have to wait until Neuwirth’s world premiere in December to glimpse Kawakubo’s reading of Woolf: Her show captured the book’s completely bonkers plot line, energy, irony and sense of freedom — sexual and otherwise.

Kawakubo dressed her men as ladies with Woolf-esque cropped and crimped Twenties-era hair, and plunked pearls and colored gemstones on T-shirts or double strands of jewels around models’ throats.

Jackets and coats — the dazzling centerpiece of this collection — zipped through all of “Orlando’s” time zones, with their cutaway waists, tails, ruffled cuffs and gently puffed sleeves.

Kawakubo, who finds it difficult to resist the chance to deconstruct and rebuild, sliced up the ruffles at the bottom of a long 17th-century jacket until they were practically hanging by threads, and took fat, curly-edged ruffles and dribbled them down the back of a black frock coat.

The collection was a parade of 17th-century ruffle confections and 18th-century civilian and military styles, some of which were quilted with sparkles, while others came with pink and navy color blocks, cotton candy stripes, abstract digital prints or toile de jouy patterns with the strings left dangling.

With all that time travel going on, Kawakubo’s shapes, colors and patterns never strayed into costume territory. They were fresh and fun, with men and women alike looking smashing in their skirts, dresses, culottes and pearls.

Virginia, your particular feminist spirit lives on in libraries, on stage and screen and through the eyes and hands of Kawakubo.