Rhuigi Villaseñor aimed to show the world what he can do with his first presentation in Paris. 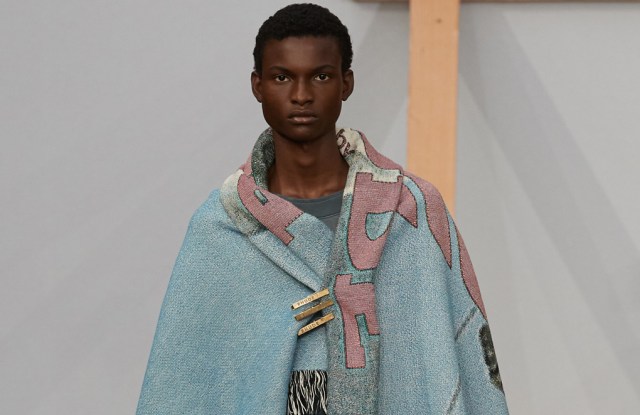 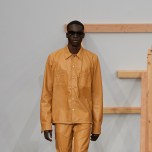 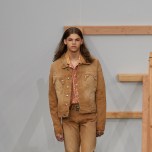 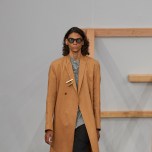 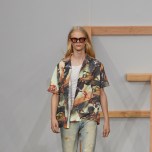 Watch out Paris, there’s a new kid in town. Rhuigi Villaseñor brought his much-hyped Rhude label to the City of Light for his first presentation with the intention of showing the world what he could do.

For a debut, the designer pulled in quite a crowd, many wearing his logo T-shirts. Fellow designer Heron Preston and rapper Swae Lee, to name just a couple of the familiar faces, were spotted hanging out in the atrium of the Lycée Carnot venue.

Villaseñor aimed to bring together and expand on everything he has done so far in a collection intended to evoke his family’s journey from the Philippines to the U.S. when he was nine years old.

As such, his now famous bandana motifs were worked on a shirt and bomber jacket, and there were plenty of his signature “traxedo” tailored track pants.

Expanding his register and referencing the American West and human fragility, he peopled his fictional town of Seven Falls — the name he gave to the collection — with cowboy shirts, blanket shawls and varsity-inspired sweatshirts, T-shirts and bombers, as well as tailored pieces that were a new addition to his portfolio.

An earthy color palette of camel, cream and burgundy as well as natural fabrics like linen, chunky wool and patchwork tone-on-tone leather evoked the natural environment.

Into the streetwise yet sensitive mix strode a range of footwear, with a shoutout for the textured desert boot design, as well as some fun cross-body bags that took the form of cigarette packets.