Martine Rose was in the mood for subversive fun with a collection that took in super-tight tailoring and silky camisole tops. 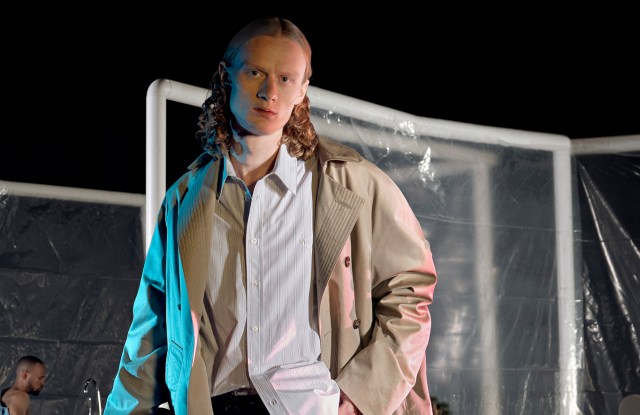 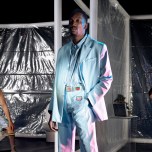 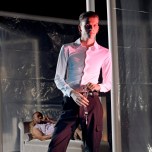 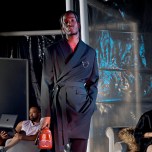 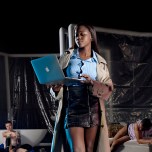 All that time spent indoors these past months put Martine Rose in the mood for some subversive fun. The designer, known for her clever blend of street, sport and tailoring, created a collection around different male characters: the perverse banker, the creepy sports manager and even the online sex worker, whom she referred to as the “webcam boys.”

“I had fun with those characters,” said Rose, who played fast and loose with proportion and traditionally masculine silhouettes. Her models wore silky, lace-edged camisole tops with faded jeans, and lingerie with dangling garter belts under tailored jackets so tight they looked as if they’d been shrink-wrapped onto models’ chests.

Rose also took her cues from sport, turning those subtle stripes from filmy soccer jerseys into a jacquard for black, blue or red suits. Soccer shorts were shrunken to the point of being as small and tight as underwear. Karate suit jackets came with wide, rounded power shoulders, while tracksuits were layered over tailored white shirts.

Rose introduced accessories as part of this thoughtful and charmingly off-kilter collection, handing her models shrunken sports bags and dangly chain wallet holders. It was ideal for the man who doesn’t mind a bit of gender-bending, whether he’s betting at the stadium, sweating on the trading floor or gazing into that ever-present Zoom screen.