Samuel Ross' attempt to reconcile the brand’s two souls translated into a personal and authentic collection. 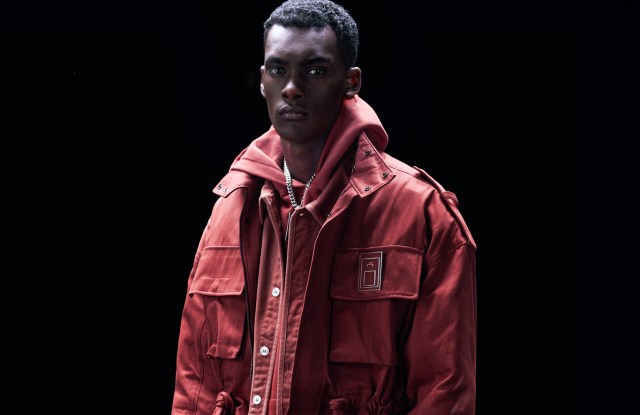 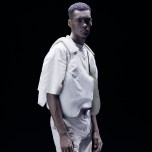 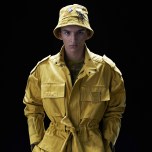 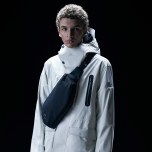 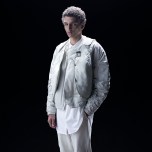 After decamping to Milan last January with a suited-up collection, London-based Samuel Ross returned with a spring lineup that seemed a departure from fall’s grown-up look but not entirely.

“It’s come forth in a subtler and more sensitive collection,” he offered.

In the new WFH reality, typical tailoring yielded to loungewear versions of it with roomier silhouettes, as in an uber-chic, off-the-shoulder blazer in a pinstriped fabric. A collarless, knitted overcoat layered over a cable-knit sweater, as well as the recurrent cuffed pants and matching jersey tops, offered sophisticated yet relaxed uniforms.

There were nods to the brand’s utilitarian roots in the zingy yellow gabardine field jackets and tie-dye denim pants, but it all looked more refined than in the past.

Ross described his offer as “the future of Millennial and Gen Z men’s wear,” which in the case of A-Cold-Wall will probably sit in between formal and casual, outdoors and indoors.

With almost every look featuring a padded, harness-style vest, one was left wondering if Ross was thinking more about equipping his men with protective gear rather than home-appropriate outfits.

No matter. His attempt to reconcile the brand’s two souls — from street to tailoring — looked personal and authentic, as did the film, which showcased the collection, accompanied by moving words from British poet Wilson Oryema.