Stefano Pilati explored the concept of "domestic" with a beautiful short movie introducing his latest collection. 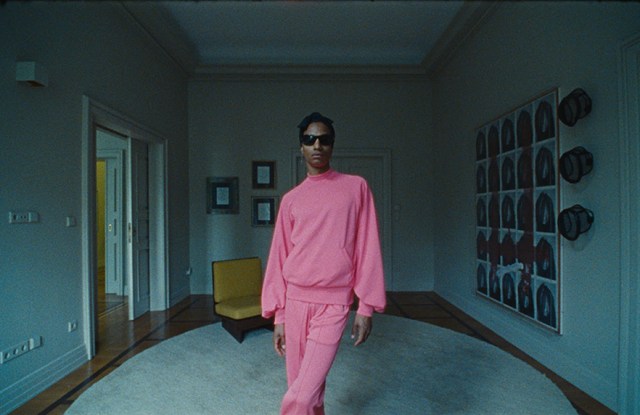 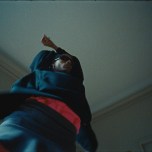 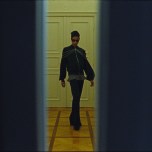 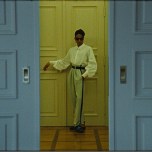 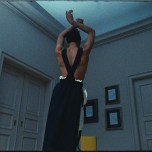 A sophisticated short movie and a personal, meaningful open letter is what Stefano Pilati chose to communicate his latest collection for his digital native Random Identities brand.

In the letter, sent to media in the form of a press release, the designer deeply elaborated about the concept behind the video he created with film directors Konstantine Bock and Christopher Aounand, which featured a special performance by Berlin-based artist, dancer and model Michael-John Harper, who curated the choreography of previous Pilati’s runway presentations.

Titled “Domestic (between wars),” Pilati used the short movie not only to reflect about the confinement caused by the recent lockdown, but it charged it with wider meanings, influencing his personal life and his creativity.

“I am in love with the word ‘Domestic’: It is how I describe my life over the last few years and especially lately. To me, it means isolation, protection and familiarity. But also confinement and proximity to what I possess and what I love,” the designer wrote. “Between four walls, in my opinion, is where creativity submits to pressure, reevaluates parameters and points of ‘forced’ perspective and bursts in clarity. If walls could listen and speak they’d reveal the intimate reflection of who we are, who we were and — perhaps, hopefully — who we’ll come to be, evolving in a pessimistic scenario of wars, everywhere, inside ourselves, around us.”

There was definitely a feeling of intimacy exuding from the video, where Harper was filmed inside Pilati’s stunning, hyper chic Berlin house, sinuously moving to the tune of original music by Isola Music composer duo and saxophonist Mat Clasen. As in an old, good couture fashion show, Harper elegantly interpreted Random Identities’ new spring 2021 collection.

While symbolic wars inflame the world — the pandemic on one side and the social tensions spreading across the globe on the other — Pilati found refuge in the familiarity of the domestic environment to stage his fashion vision, one quintessentially elegant and personal also when it approaches a more quotidian look, including jerseys and garments with an elevated lounge feel. In keeping with the brand’s authentic gender fluidity, Pilati created a versatile wardrobe, where his signature pleated pants infused with languid fluidity were paired with lightweight shirts showing romantic volumes; tracksuits got a couture-like makeover through draping and sparkling yet subtle embellishments; impeccably cut sartorial pieces found place next to ruffled items worn as sleeveless tops or miniskirts and utility pants were rendered in a charming hot pink tone.

Even though Pilati wanted to highlight the importance of the domestic environment as a comforting shelter, he couldn’t avoid opening the door of his refuge to the solicitations of the outside world and made a clear social, cultural and political statement by adding on some of the looks a pin showing the Black Panther Party’s logo from the Sixties.

“Fashion, to me, is an artistic expression after all, and therefore part of the narrative reflecting our time,” wrote Pilati. “Although, my fashion, duly careful to avoid screaming loud statements, instead allows and creates the space for statements to be made.”

Introducing that symbol, Pilati showed his responsibility as a designer shaping the cultural vision of his generation to stand up for equality.