The designer explored non-gender-conforming culture for his new line. 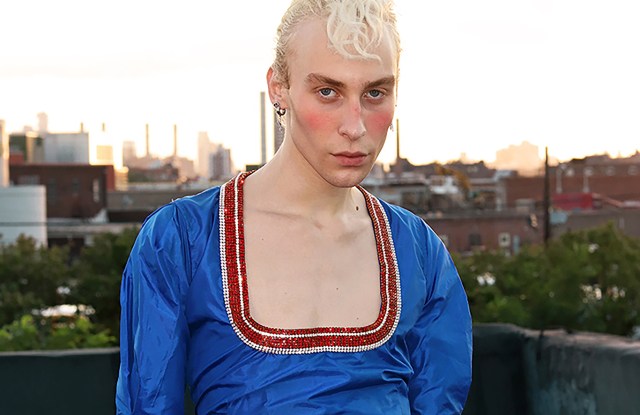 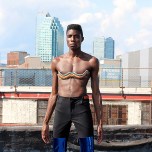 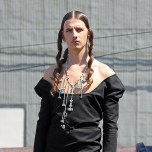 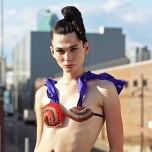 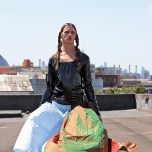 Nihl designer Neil Grotzinger’s exploration of queer sensuality through subversive couture-like constructions continued in his spring offering that centered around the reworking of women’s lingerie as a starting point.

Deconstructed bras adorned with colorful beading techniques were transformed into “barely there” glam tops and a pair of crotchless panties became an embellished harness that had a twisted and fun eveningwear flair.

“I was really inspired by Las Vegas and Atlantic City and their culture of indulgence,” Grotzinger said on a Zoom call from his bedroom. A black lace skintight dress and a transparent crop top with beaded details paired with a pair of silk printed asymmetric pants kept the nonbinary message top of mind.

“I was trying to address things that are not characterized by the idea of masculinity or femininity. Things that are un-categorizable,” he said.

Thinking outside of the box while challenging the notion of hetero-normative dressing is a welcome treat during this one-of-a-kind season, and Nihl’s critique — or maybe celebration — of excess culture is definitely visually appealing.