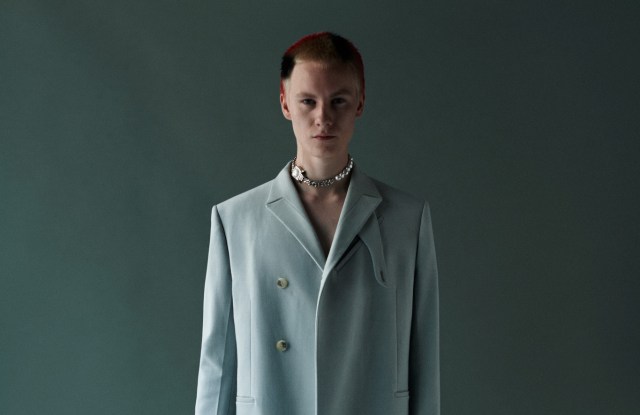 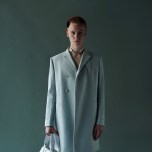 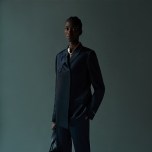 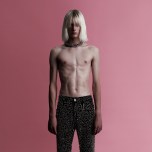 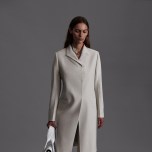 Metal bars, meaty silver chains and thousands and thousands of oblong studs are among the hard elements designer Matthew Williams employed for his spring-summer effort.

They gave his 1017 Alyx 9SM collections for men and women an industrial tinge and icy cool that does not distract from the fine tailoring and the clean, generous shapes.

“There’s an ease to them, which I think is modern,” the designer said in a phone interview, referring to his strong-shouldered coats and roomy jeans-style jackets and bombers.

Here was a straightforward effort exalting the key brand codes: the metallic accents, the unusual lapels and architectural shoes, this season rendered in a foam-like monopolymer and molded with ridges that recalled spacecraft in a “Star Wars” vein. “Very comfortable,” he noted.

Williams adorns some of his clothes with demonstrative pocket flaps and metal snaps, but focuses mainly on unique surface treatments to rev up his brand of minimalism. Cue sleeveless coats with rectangular quilting, a men’s suit in a crinkled fabric that resembles tar paper, and jeans and outerwear paved in studs. Some pieces incorporate as many as 12,000 of them and take up to six days to produce.

Williams said he initiated the collection before the coronavirus crisis, and finalized everything from a distance via Zoom. He recently relocated to Paris and is also readying his debut collections for Givenchy, slated to be unveiled on Oct. 4.