Known for their aesthetic rooted in Caribbean culture, Lisi Herrebrugh and Rushemy Botter expressed their support for Black Lives Matter. 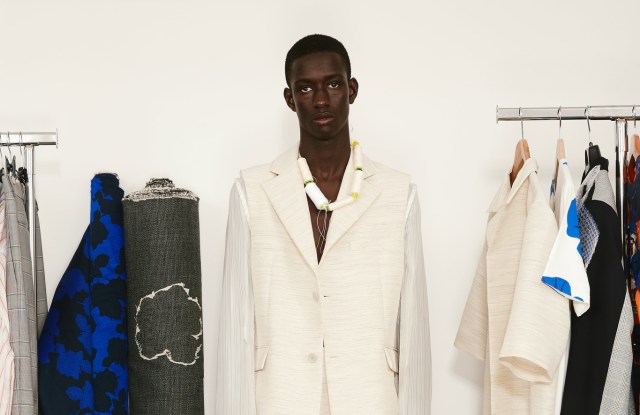 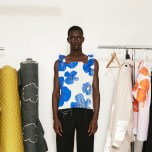 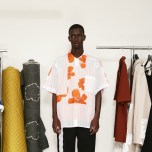 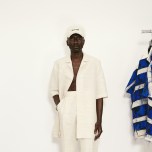 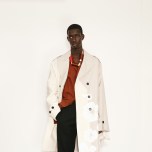 “It’s been a crazy season for us, to be honest,” Lisi Herrebrugh said of navigating the twin impacts of the coronavirus pandemic and the Black Lives Matter movement. She and her partner, Rushemy Botter, are known for their gender-fluid clothing rooted in Caribbean culture, and felt the need to address the moment.

The pair began the video presentation of their spring 2021 collection for Botter with a 95-second voiceover with yellow subtitles set against a black background. “We are standing against racism, ignorance and lack of empathy,” Herrebrugh said in the film.

It set an earnest tone for a collection that was conversely light — both in terms of the number of looks, pared down to just 17, and the loose tailoring that gave the collection its breezy, streamlined feel.

Model Lamine Faty and stylist Jenke Ahmed Tailly are seen lounging around the Botter studio in Paris in lo-fi footage that is in keeping with the duo’s “couture-meets-DIY” aesthetic — think spools of thread worn as necklaces, including one that unraveled into a cobweb top.

The designers worked with deadstock, randomly applying a floral print to sections of a sheer short-sleeve shirt, and splicing plain and patterned materials to add depth to a blouson jacket, a tailored blazer or a dress shirt. The strongest pieces were the sharp ivory separates, made from an impossibly crisp mélange of cotton and horsehair.

It was a proudly distinct aesthetic, underlined by a political message — a T-shirt and hoodie were printed with the words: “Do You See Us Now?” Herrebrugh said the slogan was revived from two seasons ago, when it was meant as a tongue-in-cheek reference to the duo’s surprise appointment as creative directors of Nina Ricci.

Now it’s taken on a more universal meaning. “It felt the right thing to do, with what’s happening now with Black Lives Matter,” Botter said. “It was also to show our respect.”