Kim Jones designed his spring collection, titled “Portrait of an Artist,” as an homage to Ghanaian painter Amoako Boafo. 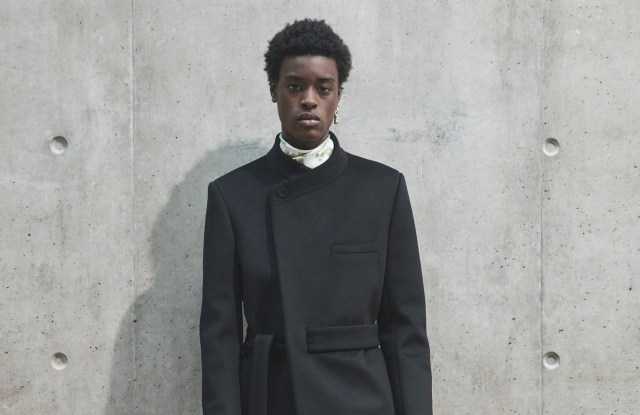 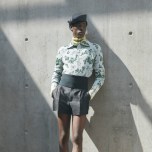 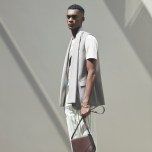 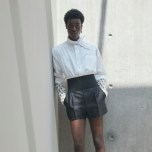 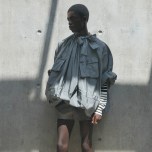 Since taking over as artistic director of men’s wear at Dior in 2018, Kim Jones has commissioned artists including Kaws, Daniel Arsham and Hajime Sorayama to collaborate on his collections. Now, for the first time, he has reversed the process and designed a line inspired by a group of paintings.

The designer’s spring collection, titled “Portrait of an Artist,” is an homage to Ghana-born, Vienna-based painter Amoako Boafo, who is enjoying a meteoric rise in the art world with his portraits of Black subjects, characterized by bold colors and gestural strokes.

Jones discovered the work in Miami in December, as he was preparing to show his men’s pre-fall line. Boafo was the first artist-in-residence at the new Rubell Museum, which opened the week of the Dior show, in time for Art Basel Miami Beach.

“I really fell in love with it, because it’s so intense in reality, and I just thought I’d love to do something with this. I’d always wanted to work with an African artist,” the designer told WWD in a phone interview. “It was just a really wild feeling. I saw it and I was like ‘That’s exactly what I was thinking.’”

Having spent his childhood years in African countries — Botswana, Tanzania, Ethiopia, Kenya and Ghana — Jones has a visceral relationship with the continent.

“I still have all my little paintings from Tanzania and things that I had in my bedroom when I was a kid, so it’s always been there in my life and it’s something that I just really love. Sometimes you can’t describe it, because it’s just there,” he said.

The starting point was Boafo’s painting “Green Beret,” showing a man wearing a shirt covered in an ivy leaf print, dark green pants and a matching beret. The motif reminded Jones of an ivy-covered dress designed by Christian Dior in 1950.

The designer traveled to Ghana in February — his last trip before going into lockdown in London — to soak up Boafo’s universe, which is presented in a video edited and soundtracked by Chris Cunningham. “His work is very personal, and the people that he paints are his friends,” Jones said.

“And what was funny: he’s actually a massive Dior fan, as much as I’m a fan of his. So they’re all dressing in super cool ways, mixing up stuff. African style has always been something I love. Seeing how people dress in different parts of the continent is really interesting,” Jones added.

The biggest challenge was transcribing some of the paintings onto clothing. One portrait was hand-cut and then hand-painted onto a pale gray mink top. Another was embroidered on knitwear. “We both agreed we just wanted some very, very high-end pieces — things that are almost museum-worthy,” Jones said.

Color-saturated portraits, such as “Yellow Dress,” inspired the palette of blue, coral and green, alongside a fluorescent yellow moiré, used for a drawstring opera bag. “In these dark times, it’s nice to have some optimistic fun,” Jones remarked.

While Boafo’s ongoing series of “Black Diaspora” portraits explores the notion of Black identity, Jones said there was nothing political about the collaboration, which coincidentally is being unveiled as Black Lives Matter protests spread from the U.S. to the rest of the world.

“I don’t talk politics obviously, because it’s not my job, but you know what’s happening now is something that should have happened years and years ago, and I hope it gets the right result. I would never jump on a bandwagon because I’m not like that,” he said.

And while some art critics have read “Green Beret” as an indirect allusion to the Black Panther movement, the designer refuted any connection — his show notes refer to the headgear as Basque berets. “It’s nothing to do with that,” Jones said. “I’m celebrating him and his talent, first and foremost, and that for me is the most important thing.”

Be that as it may, the collection couldn’t be more timely, and is probably Jones’ most personal work for Dior so far.

An inveterate traveler, the designer has left the house only seven times since March, working on the collection remotely and shooting the look book at home with longtime collaborator Jackie Nickerson. Though the lineup is smaller than usual, with 30 looks instead of 50, he’s proud to have pulled it off.

Now Jones is getting ready to re-emerge, and possibly set off on a new adventure. “I’ve enjoyed not seeing people, but it’s getting to the end of being weird,” he said.