Colm Dillane's surreal miniature world offered something of the excitement of a real-life fashion show — complete with Queen Elizabeth II and the Obamas in the front row. 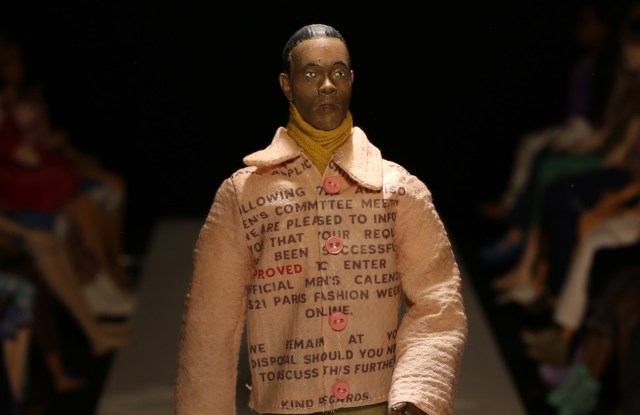 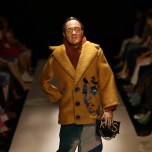 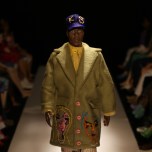 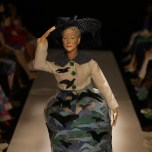 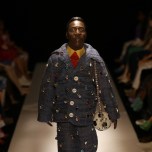 With Pablo Picasso, Freddie Mercury, Bernie Sanders and Elon Musk on the runway and the Obamas and Queen Elizabeth II among front-row guests, it was bound to be quite an event.

Colm Dillane let his imagination go wild for his first official appearance on the Paris calendar — creating something thanks to the digital format that would never have been possible in real life.

His stop-motion film, featuring Barbie dolls that had been decapitated, their heads replaced by 3-D-printed renditions of Dillane’s heroes, re-created the runway experience in miniature, reprising something that is becoming a bit of a theme this week.

The miniaturization of the looks gave them exaggerated proportions, the thickness of the fabrics lending them weight given the clothes’ size, as on an embroidered green boiled wool coat and a crochet logo sweater, for example. The idea is to reproduce the looks in human-sized versions come September, and how their proportions will translate remains to be seen.

That aside, Dillane certainly succeeded in creating something of the excitement of a real fashion show in a way that has been severely lacking this week. Discovering his film felt like a real event.