The house is brimming with projects — and the energy carried over into the collection. 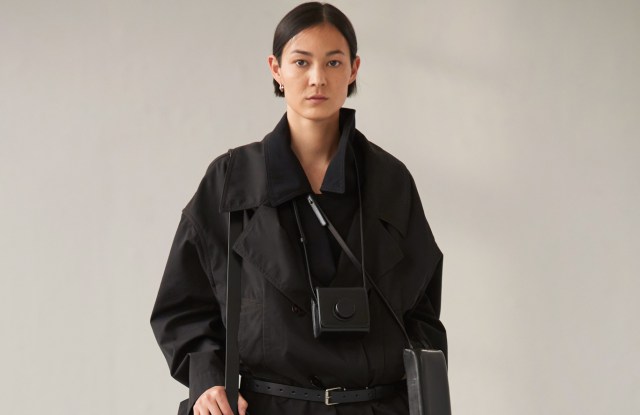 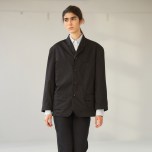 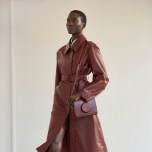 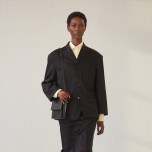 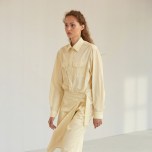 The new world order calls for versatility, and Sarah-Linh Tran and Christophe Lemaire occupy this space comfortably with their emphasis on clothing that can be rearranged to meet the demands of an ever-shifting environment — without losing a notch on the elegance scale.

“We thought things have to be convertible, adaptable for many situations,” explained Tran, noting that the designs were drawn up during the lockdown period, when everyone was dreaming about vacation.

“We wanted something that could be worn at the beach, but also look chic for the evening if you can’t stop by home before going out,” Tran explained. Long belts on tops and dresses could be left hanging, adding movement, or wrapped tightly around the waist. Shirts, too, could be worn loose, or hugging the body. “The idea of stretching a day out — that inspired us,” she added.

They stretched out the garments, too — elongated silhouettes are a house signature — with high-waisted trousers fitted at the waist and gently flaring at the bottom. Layering felt contemporary, with tone-on-tone looks that piled shirts, jackets and trenches onto one another. A Croissant bag in the same color completed the style. Other updated touches included soft edges on a suit jacket lapel and rounded shoulders of a trenchcoat. Adding pattern, drawings from Mexican artist Martín Ramírez was applied to airy shirts and skirts.

The lineup was presented in a film that resembled a fashion show, showing the clothing in movement. The brand has gone coed for some time now, but is shifting to the men’s calendar for future shows.

“There’s really a unisex dimension,” said Lemaire, surveying the lineup on a board at the Duperré School of Applied Arts in the Marais district.

“This could be on a man or a woman,” he noted, pointing to one of the looks. “We sensualize men and we like women who are decided,” he added.

The brand philosophy is that a wardrobe should to be built continually, over time, rather than ripped apart and entirely redone each season — hence the palette of Army greens, ivory, black, browns and various shades of beige.

Continuity, yes — even as the label brims with new projects: An online showroom, a new web site to be launched at the end of the month, headquarters on the Place des Vosges, an accessories boutique downstairs, and, in the next couple of years, stores in Seoul and Tokyo.