Drawing inspiration from the element of earth, water, fire and air, Li-Ning explores the art of movement with the help of Chinese artist Lu Yang. 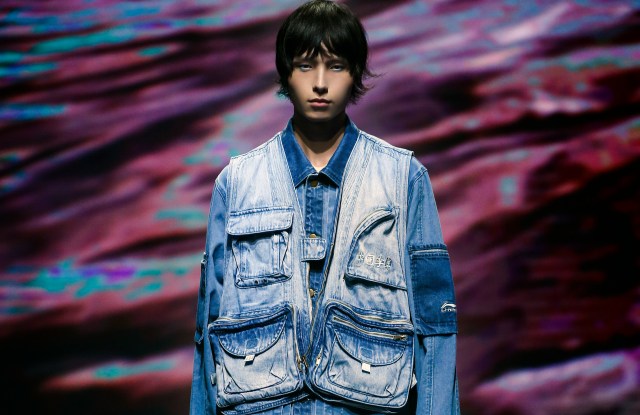 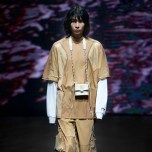 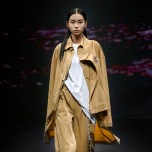 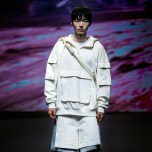 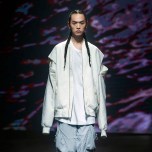 Having flown near 500 people to Dunhuang, a city on the edge of the Gobi Desert in China, for its major 30th anniversary show last month, Li-Ning worked with emerging Chinese new media artist Lu Yang on a series of digital art projects to showcase its spring 2021 runway collection for Paris.

Divided into four segments and based on the collection’s elemental themes of earth, water, fire and air, Yang’s newly unveiled nonbinary, nonhuman cyber character Doku danced freely while showcasing new styles from the brand, which were made with progressive textiles to accommodate the body in achieving its fullest range of motion.

Li Ning, founder of the brand, who won six medals at the 1984 Summer Olympics, said this is one of the brand’s most progressive collections. “We strip our practices and passions to their most essential. As an athlete and the creator of an athletics company, there is nothing as foundational to my, and our, work as movement.”

“This season, we posited elemental questions about the body and kinetics, the answers to which led us in creating a collection that encompasses the human form in every stage of movement — while enabling, empowering and maximizing each,” he added.

There was great diversity in its runway offerings. On top of the usual new iterations of its logo on sweatshirt, jacket and parkas, standouts include an embroidered panel jacket with a judo collar detail, a denim safari jacket with motifs that resembles Chinese religious painting, color-blocked knit dresses and basketball jerseys.