Pierre Mahéo trained his sights on suits, adapting them for an era that calls for versatility. 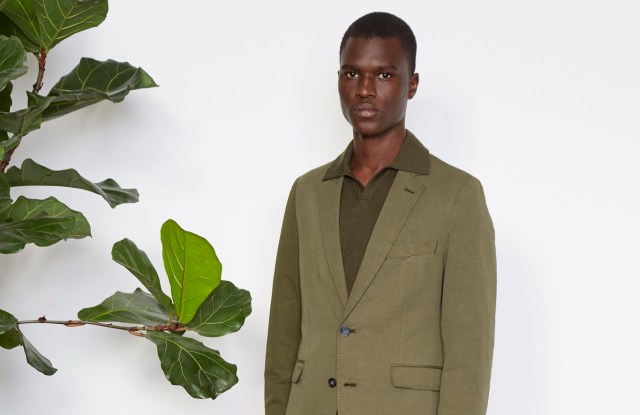 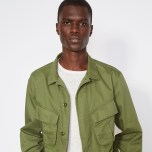 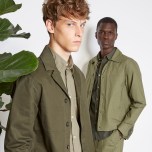 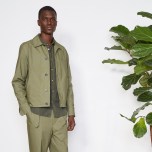 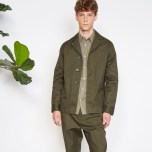 Lately we’ve been hearing a lot of “work from home — tailoring is dead,” observed Pierre Mahéo, surveying a rack of clothing at his Paris showroom.

His spring lineup of elegant jacket and trouser combinations was his riposte. “It’s not tailoring that’s dead — it’s the interpretation of the old classic suit jacket,” he explained.

The designer wore his “hybrid” jacket, meant to be more accessible than typical businesswear, cut straight with a classic lapel, but a workwear style pocket.

Drawing on the idea that a suit is an ensemble of matching colors — uniform-like — Mahéo offered smart and easy options, in army green, a silvery gray, navy blue and ivory, using light materials and stripping away lining, as well as tinkering with the cuts. Shirts came in the same colors, for monotone ensembles, and he also included a selection of patterned shirts — a stylized bandana print, in one instance. The house staple, trousers, included the popular one-pleat, carrot styles along with flat-fronted options with elastic waists. Outerwear was polished, ranging from an ultra-light rain parka with a removable hood, a camel suede jacket, and a handsome black leather bomber.

Foregoing the virtual fashion week in Paris, Mahéo focused on preparing his spring collection and presenting it on the screen, organizing merchandise into clusters with a name — Harbor Blue being one — complete with a mood board and styled looks. Clothing is regrouped in the showroom the same way. Plans are to resume coed fashion shows on the men’s calendar.

Coming off of a record year, with sales up 40 percent on the year at the outset of April, plans are to expand, and Mahéo is scouting real estate in Paris to open his largest store yet, and is actively looking at New York City, where his biggest U.S. client, Barneys New York, has disappeared. And thanks to e-commerce, he knows where his clients live — south of 30th Street.