Spencer Phipps fulfilled a childhood dream by starring in his own Western film titled “The Spirit of Freedom.” 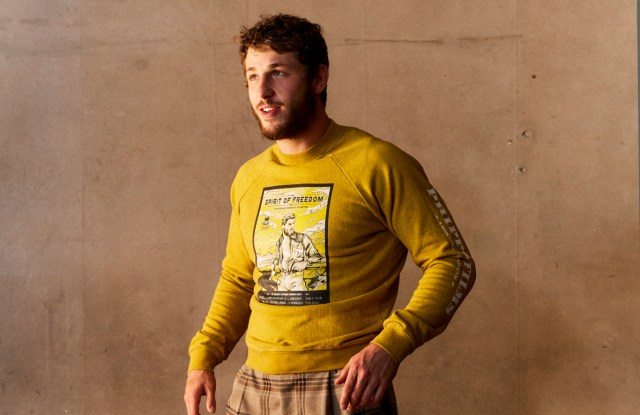 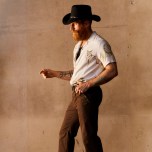 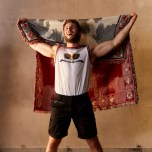 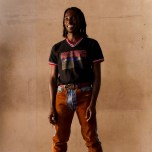 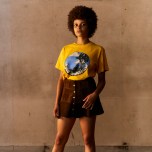 The coronavirus pandemic has turned fashion designers into filmmakers as physical fashion shows have been replaced with online videos. Few seemed to enjoy the switch as much as Spencer Phipps, who starred in his own Western titled “The Spirit of Freedom.” So, had he always dreamed of being in a cowboy movie?

“Hasn’t everyone?” the designer answered with a laugh. The short film was a natural offshoot of his spring collection — a celebration of desert iconography and the American Dream — that was shot while Europe was still in lockdown.

Armed with a bunch of official documents, Phipps and a group of friends flew to Spain to film in the Tabernas desert, famous as the location of spaghetti Westerns in the Seventies. “We just turned up at the airport with hopes and prayers, and kind of talked our way in,” he recalled.

The look book is conceived like a wardrobe test for characters in the film, blending folkloric fare, like an embroidered cowboy shirt or a fringed black suede jacket, with classic items like chinos, varsity jackets and sweatshirts, including one printed with the retro-style poster for the film.

The poster for “Spirit of Freedom.”  Courtesy of Spencer Phipps

“There is that Western element, but there’s as much Marlon Brando and Elvis as there is cowboys. We looked at a lot of iconic Hollywood films — you know, everyone from Paul Newman to Marilyn Monroe. We were going to launch women’s, actually, this season, but the coronavirus kind of made that seem a bit unnecessary,” said Phipps.

Some feminine looks were sprinkled into the lineup as a taster for a full-blown women’s wear line.

Men’s shirts featured flamboyant prints, including a sunset cactus vista, a desert camouflage motif, wolves and the American flag. But Phipps also expanded his core offering of classics, such as tank tops and tailored pants, alongside cool denim jackets and pants studded with decorative rivets.

The film is about a young man who is sent on a journey to find his brother, leading him on a quest for enlightenment. “That felt very appropriate for right now where everyone’s in confinement and a little bit stuck in terms of what to do and how to react to things. I think we could all do with a little bit of a spirit of freedom,” he said.