Shangguan Zhe took a cue from the fusion of various ethnic and pop cultures this season. 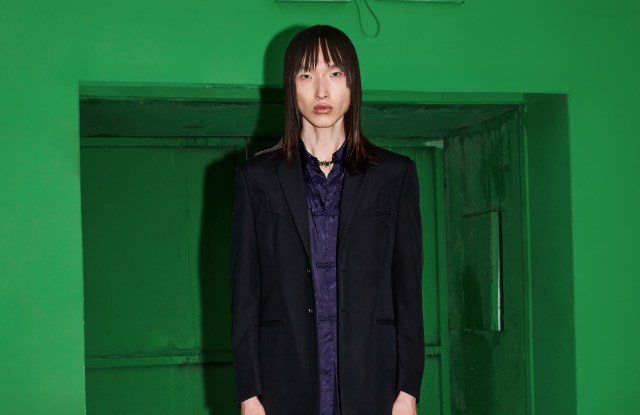 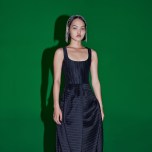 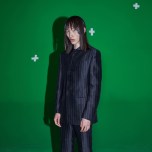 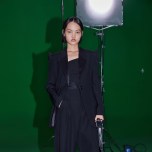 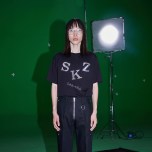 For spring, Shangguan Zhe’s coed collection took cues from various ethnic and pop cultures. Zhe presented both sartorial and streetwear elements, as in past seasons, but with less of a hardcore vibe.

For women’s wear, launched for fall 2019, the designer had in mind wrapped dresses in Africa, translating into flowing looks. Meanwhile, the streetwear category, nodding to pop culture and the U.S., involved T-shirts and camo prints.

More earth tones are incorporated than before, inspired by Pieter Hugo’s photographs of marginalized African communities.

Fabrics are often used across the men’s and women’s designs. There’s a riff on a classic men’s suits — minus the lapels — and with broken lines instead of striped details. A light orange, textured ankle-length dress drapes over one shoulder.

A second collaboration with Adidas is brewing, and Zhe teased by showing one pair of Originals sneakers due out in October.

Artist Zhang Ding, with whom Sankuanz has worked before, created the brand’s fashion video. Called “Phosphorescence,” it shows two models in a cyber dreamland in which there are moving grids, virtual mushrooms and flowers, plus bounding skeletal animals in phosphorescent green.