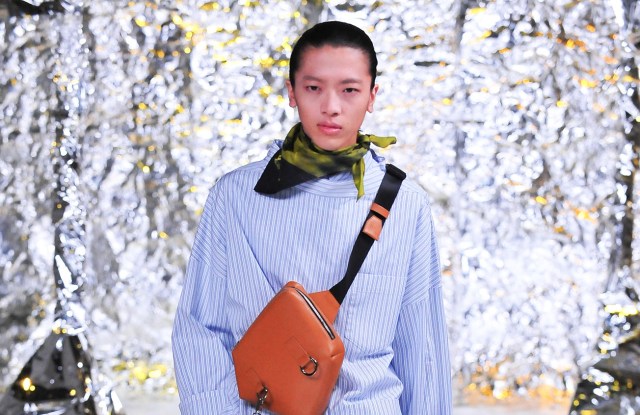 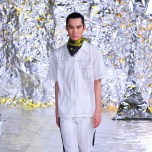 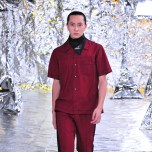 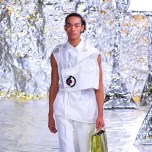 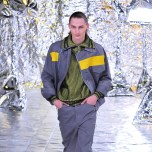 Yuki Hashimoto’s eponymous brand is a relatively new one on the Tokyo scene, and he staged his first physical runway show during fashion week. His models made their way across a silver foil-covered set, and up and down a small set of stairs. The space-age feel was further heightened by the soundtrack, which included David Bowie’s “The Man Who Sold the World,” and was also felt in some elements of the collection.

Hashimoto took workwear-inspired styles and gave them a modern streetwear vibe. He added contrast stitching to short-sleeved camp shirts, and wide cuffs to side-striped trousers. A grey jacket and pants set with bright yellow horizontal bands was reminiscent of firefighters’ uniforms, and oversized pockets attached to everything from sleeveless shirts to trench coats looked both street-ready and outdoorsy. A slim, double-breasted black suit provided a more tailored option, while silver windbreakers and bright, ombre-dyed shirts tied into the futuristic feel of the show’s staging and production.