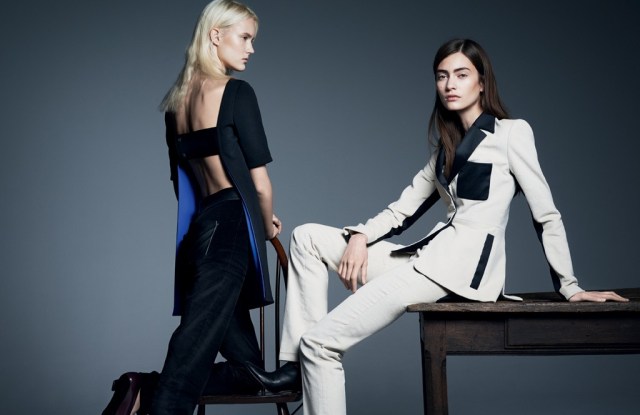 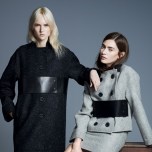 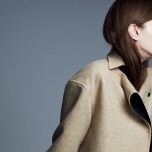 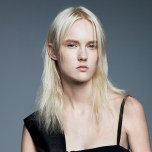 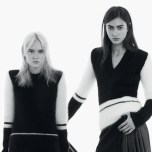 Created by new Paco Rabanne designer Julien Dossena along with Lion Blau, Atto is now in its second season. Resort was their first — in an unusual move, the duo only shows during pre-seasons. For pre-fall, Russian constructivism served as inspiration, seen in the graphic range of knitwear, as well as a modern interpretation of the flapper dress, here done in crepe de chine with graceful yet sharp winged panels suspended from the neckline and floating at the back.

Other decades also came into play. A slight Sixties element was felt in the boxy, felted wool coats and skirt suits, their jackets with a high-waisted obi-inspired leather belt. (Much of the lineup was done in an exclusive Japanese techno fabric, providing a retro-futurist vibe.) And the Seventies were evident via a sporty touch, i.e., the zipped top in thick jersey paired with matching elongated pants with a slight flare, done in impactful shades of candy pink or sky blue.