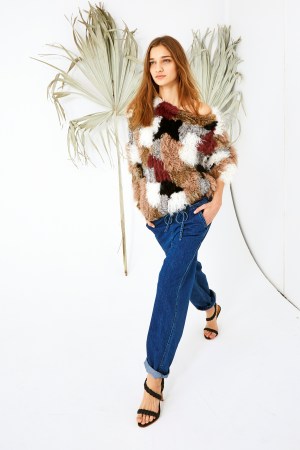 Ulla Johnson tweaks her modern-folk aesthetic each season, although the ruffled, embroidered peasant blouses and easy bohemian dresses on which she’s built her brand — scoring her a department store exclusive with Barneys New York — are always the core of her collections. For pre-fall, the blouses and dresses came in endless iterations, with Johnson citing turn-of-the-century inspirations, such as Victoriana, the American West and Impressionism. Those staples remained wearable and well-crafted, but it’s difficult to make them feel new. More fresh was the amped up denim — in particular, Johnson’s braided-waisted denim trousers and overalls that offered a utilitarian antidote to all the bohemia.