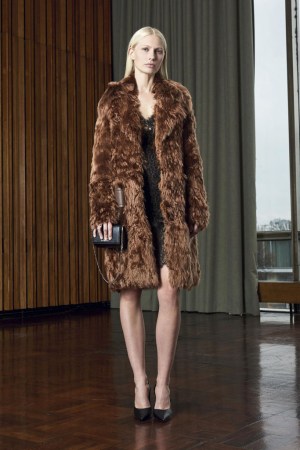 The designer nimbly maintained ownership of lacy tops and dresses, pajamalike ensembles and bathrobe coats for his own pre-fall effort — the shapes sharpened, the colors darkened.

Now entering his second decade at the Paris house, the first marked by plenty of fashion fireworks, Tisci seems poised to now build and articulate the Givenchy wardrobe, segmenting the collection into legible gangs. He also introduced a new concept for his look book: Postcards from edgy cities. First up? Berlin: an austere yet fitting backdrop to showcase the designer’s inimitable blend of maturity and daring.