Kym Ellery infused her lineup with elements of drama and deconstructed frills. 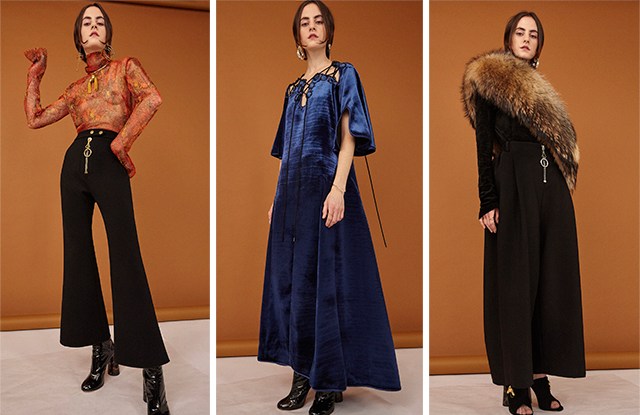 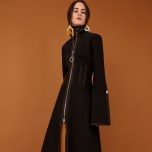 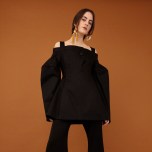 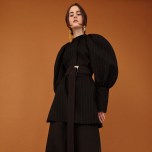 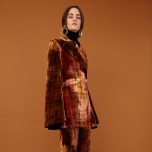 Ellery has become known for its mastery of voluminous, big-statement proportions, as evidenced in those best-selling exaggerated cropped flares and ultrafeminine bell-sleeve tops, which have become instantly recognizable codes of the label. For pre-fall, Kym Ellery updated her core shapes with carefully considered details: A few of her bell-bottom flares were decorated with handmade metal coil embellishments and contrast top-stitching, and deconstructed ruffled tops offered a new take on frills.

Informed by the duality of Nina Simone’s persona, which she characterized as embodying immeasurable strength and fragility, Ellery infused her lineup with elements of drama and soft romanticism. Oversize suiting rendered in pinstripes and gold paisley silk jacquard certainly conveyed power and confidence, as did a multipatterned houndstooth coat trimmed with fox fur. Ellery isn’t known for being overtly sexy, but a mottle-dyed rust velvet midi-skirt with lace-up details to the thigh made a point to the contrary. Ditto, the collection’s black patent-leather thigh-high boots.