"It's never boring, but a little bit commercial." 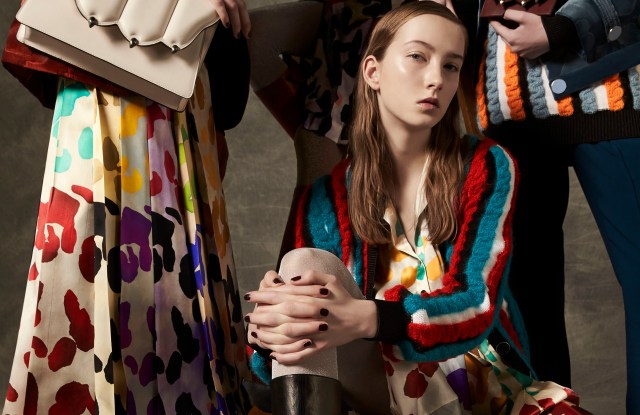 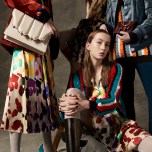 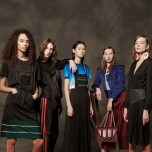 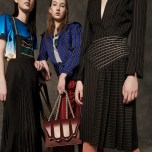 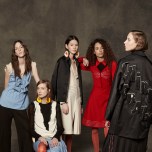 In his second pre-fall collection, Marco de Vincenzo proved he had a good grip on what the season is about. “It’s the perfect moment to push your codes and make your creativity concrete,” he said. “It’s never boring, but a little bit commercial.”

Festive, multicolored fake fur, striped Lurex metallic knits, vivid car crash and spaceship prints and lots of fringe are definitely not boring. De Vincenzo channeled such maximalist treatments into silhouettes that were predominantly for day, his deliberate focus for this season. In his own life, the women he’s surrounded by want to wear something to the office and change only their shoes or jewelry to be ready for a night out.

The striped Lurex knits came as a dress and sweaters trimmed in playful ruffles. The latter were worn with knit skirts or under an apron dress that was the rare example of non-minimalist workwear. An oversize men’s wear plaid jacket was emblazoned with the words “Pep it up” on the back, the letters embroidered with festive red fringe. De Vincenzo used classic gray men’s tailoring fabrics on two dresses made for the office cool girl, one a high-necked three-quarter-sleeve style with corset seaming and a raw hem, the other an oversize slip worn over a white T-shirt. You could add heels for a night out, but they looked great they way he styled them, with combat boots and sneakers, too.