First-generation immigrants Carol Lim and Humberto Leon were inspired by travel and the beauty in diversity. 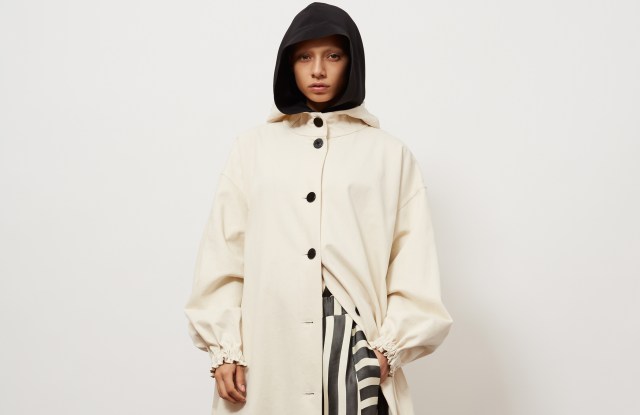 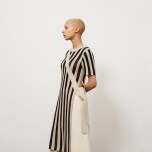 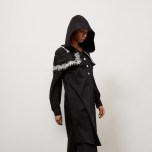 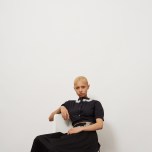 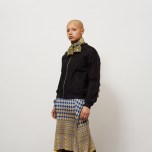 Carol Lim and Humberto Leon aren’t ones to shy away from expressing their political and social beliefs. In recent memory, their shows and performances have focused on migration, grounded futurism and political pageants. Given what’s happening in the world today — in particular America’s current immigration ban — their latest collection, which was inspired by immigrant travel and the romantic ideology of beauty in diversity, was even more poignant. They created a melting pot, if you will, of fashion drawn from different cultures, representative of the America they believe in, with an aesthetic thread that balanced easy feminine flair and traditional menswear.

Beginning with their show in September 2016 — at a moment when the industry was experimenting with ideas of see-now-buy-now and questioned the need for an overhaul to the current fashion week model — Kim and Leon positioned Opening Ceremony in-season with an approach unlike their contemporaries; this “summer” collection, for example, generally an interchangeable term for “pre-fall,” will begin hitting stores as soon as March 15, whereas pre-fall delivers in May. It’s a methodical approach to truly satisfying what customers want and desire immediately.

For summer, the designers studied images of people who have entered America, from all different cultures, who wore clothes ranging from evocations of celebration to protection, for inspiration. As first-generation immigrants themselves, they feel a firsthand emotional tether to travelers, and see beauty, romance and qualities of strength and identity in their clothes. Without appropriating cultures in a gimmicky or inconsiderate way, the collection explored varying cultural design elements in a language of inclusion. Such elements included Croatian embroidery on lightweight flirty dresses, Baltic-inspired folkloric prints and Japanese kimono sleeves on reversible souvenir bomber jackets that featured daydream prints that come from the idea of documenting travel. Hooded pieces, like ones found on silk jacquard button-downs and coats, referenced protective scarves and an underlying tone of mystery and elegance.

Elsewhere, there was a focus on coordinating sets inspired by people who once traveled in their finest, perfectly curated outfits, and twists to classic items like white T-shirts and shirting, particularly cotton poplin dresses, one with a ceremonial quality and another with striped, asymmetrical panels.

Fashion doesn’t need to serve a political agenda, but for Lim and Leon, it appears to be a growing platform for both resistance and solidarity.