She lured a big crowd up to Harlem for a party at the legendary Cotton Club. 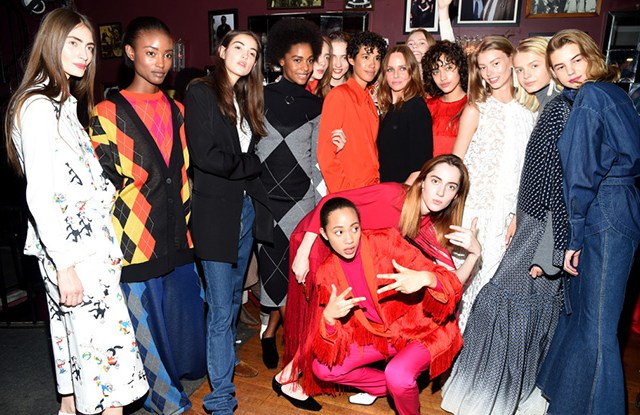 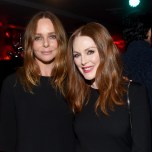 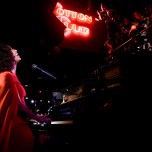 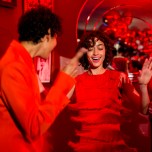 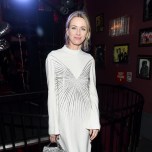 How to get a substantial fashion and celebrity crowd to Harlem on a Tuesday night when the competition is President Obama’s farewell speech? Have Stella McCartney host. She staged her pre-fall fashion show soirée at the historic Cotton Club on 125th Street in New York City on Jan. 10, luring editors and famous friends, including Jerry and Jessica Seinfeld, Julianne Moore, Naomi Watts, Maggie Gyllenhaal, Jeff and Justine Koons and Rachel Feinstein, well north of where industry events are typically staged. McCartney had wagered a silent bet with most of the guests: “You’ve never been to the Cotton Club, have you? “ she asked a trio of long-term New York editors, who confirmed her suspicion. “And now you can die saying you’ve been to the Cotton Club.”

Not a bad thing to check off the list. The venue’s atmosphere transported to a time when going uptown for a drink was an occasion, with its smoky red-lit interior, lush greenery, jazz musicians clad in white tie and waitstaff in white tuxedo jackets. “The fusion of fashion and music with this venue is so historical,” said McCartney of how she chose the Cotton Club, noting that the collection shared its romance and throwback glamour. “When you’re young and want to be a designer and you look at images of the Cotton Club, it’s so inspiring.”

Throughout, vignettes of models hung about wearing the pre-fall collection, some of which was perfectly suited to its surroundings. A slim, red fringed dress and tuxedo jacket shimmied as the girls shook to the live music, and Prince of Wales tailoring worn over red and orange argyle knitwear struck a retro, dapper dandy cord. Other looks were simply very Stella. A group of roomy, asymmetric organic cottons were printed with characters from the British comic strip The Dandy. There were playful, personality knits such as an oversize, multicolored patchwork hoodie and matching pants; a chunky sweater covered in black-and-white arrows worn over ivory pants with a checkered stripe down the side; and argyle done on a boyfriend cardigan and big pants and a whippet-thin dress. Finally, the ultimate cool-girl uniform: an oversize blazer worn with a T-shirt and jeans.

Speaking of cool girls, it wouldn’t be a McCartney party without a special, musically inclined guest. “You have to stay for my secret guest,” the designer said, sensing that some of the party’s working attendees might be too cool (or lame, depending on point of view) to stay beyond the perfunctory hello/goodbye. “Trust me, I don’t have s–t secret guests.” No, she does not. At 8:30 p.m., Alicia Keys took the stage, looking like a Thirties siren in a fuchsia dress and sparkling hair comb, tickling the ivories and singing the lyrics that every New Yorker in the house loved to hear: “These streets will make you feel brand new, big lights will inspire you, let’s hear it for New York, New York, New York.”