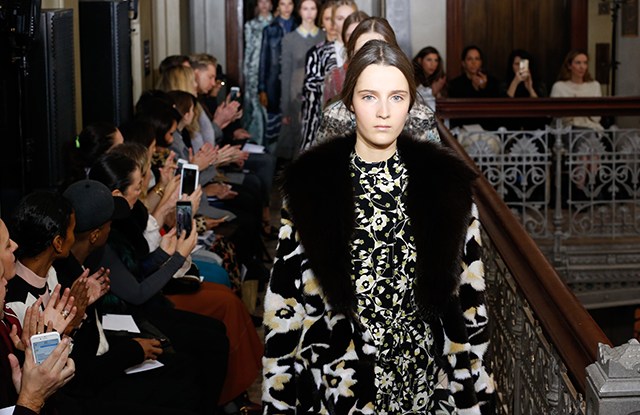 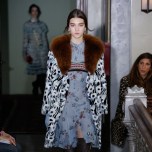 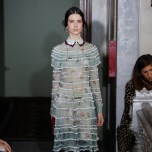 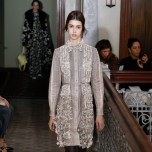 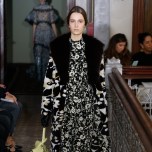 There are deliveries and there are collections. Most pre-fall lineups provide the former, often inclusive of good clothes, some even with a healthy dose of fashion, but little that excites. Then, at the tail end of what has seemed an endless season, when you’re sure you’re O-V-E-R it, you get blown away.

On Wednesday at New York’s grandly romantic Beekman hotel, Valentino’s Pierpaolo Piccioli blew us away with a glorious collection. If 25 percent of the major runway-season offerings were this enchanting, there’d be a great deal more to celebrate — and a lot less complaining — on the circuit. The lineup proved powerful in its fusion of romance with grit, positioned as an ode to America at its best. “For me, America is still the land of hope, of equal opportunities for everybody, the place where dreams can come true,” Piccioli said during a preview, citing Edward Steichen’s 1955 “The Family of Man” exhibit at MoMA. “I like this idea of integration, of resilience. It’s still the America I want to dream about.” If the clothes didn’t draw straight visual lines to all things (or anything) Americana, who cares? At this loaded political moment, Piccioli nodded to what he considers this country’s core optimism. Accurate or not, the thought resonated as lovely.

And looked even better. Piccioli focused on daywear, a relative term. Most looks started with a delicate dress, with a particular emphasis on the shirtdress. These came in silk prints done up with lace, beading, satin collars and other points of decorative distinction. Alone, they radiated a gentility more otherworldly than retro, but Piccioli grounded them with flat, rugged over-the-knee boots. An alternate look: languid pajamas, worn with sneakers.

Either way, Piccioli often added an outerwear piece, each as spectacular as it was special: intarsia fur robe over silk pj’s in matching black-and-white florals; dark felt topper covered in self 3-D flowers; olive cavalry twill embroidered coat with small black blooms. Evening — breathtaking, particularly a pair of embroidered shirtdresses. Covered from neck to floor, they worked a subversive sensuality. It intrigued.