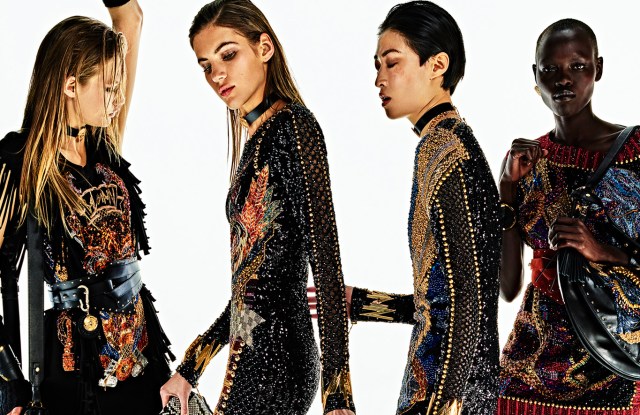 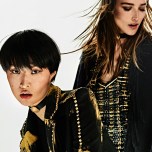 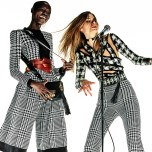 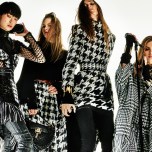 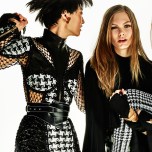 The Balmain Army is headed to Coachella. Star items in the festival-themed collection included a range of “couture” jackets and T-shirts embroidered in an “explosion” of motifs nodding to vintage rock T-shirts (complete with lightning bolts and tigers).

Olivier Rousteing, who conceived the collection to a blaring, Eighties soft-rock soundtrack, said he felt compelled to pay homage to recently departed pop icons like Prince, David Bowie and George Michael. “I also wanted to talk to my generation….It was music that inspired me to create fashion,” said the designer.

Other key looks included figure-hugging mixed-media dresses combining houndstooth woven leather (to match elements from the house’s new accessories line), beaded fishnet and fringing. The sprawling collection also showed a softer side, from pleated palazzo pants to a range of knits including long, enveloping cardigans with slim sleeves. The line’s rock-edged ponchos, like one in a fringed tweed mixed with leather, chains and angora, were terrific.