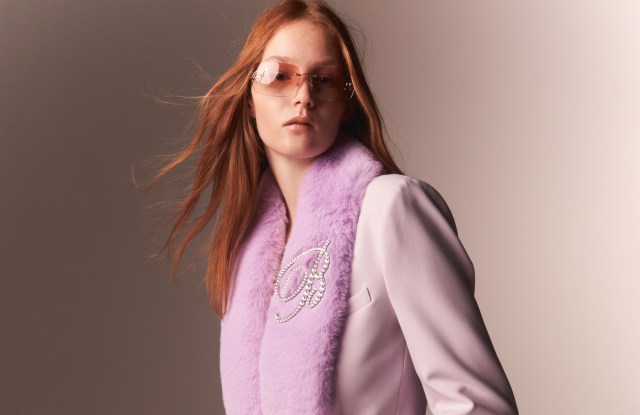 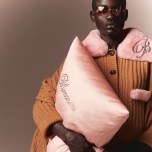 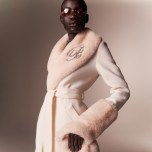 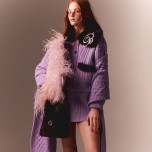 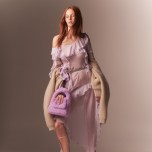 Last September, Nicola Brognano kicked off his adventure as creative director of Blumarine with a punchy show styled by Lotta Volkova that left some editors, including the undersigned, puzzled. By contrast, celebrity stylists immediately requested several looks for the likes of Kendall Jenner, Gigi Hadid, Dua Lipa and Rihanna.

For pre-fall, the designer decided to stick to his summer show’s 2000s inspiration, but translated that into more approachable, less risky styles. The starting point remained Blumarine’s archive filled with rose and leopard prints, as well as with the brand’s iconic fur-trimmed BluVi cardigans, here showcased in animal-free alternatives. The cardigans, mainly worked in pastels, were presented in shrunken silhouettes and paired with low-waist flared pants, but also came in cocooning shapes with a cozy feel.

The BluVi cardigan also influenced the suits with furry lapels, while Brognano played with sexiness via gathered tulle for skin-tight dresses splashed with autumnal rose bouquets and leopard motifs. Silk skirts with low waists were juxtaposed with printed jeans in a tribute to the peculiar style of a generation of pop stars, actresses and celebrities headlined by Britney Spears, Lindsay Lohan and Paris Hilton.

Under Brognano, Blumarine surely lost its association with romantic and feminine occasion dressing, but it is now in the process of finding a new identity, which might be more appealing for younger generations.