"It's about pieces that make even a small moment--like seeing a friend at a favorite bar you haven't been to in a year--into an unforgettable occasion," the designer said. 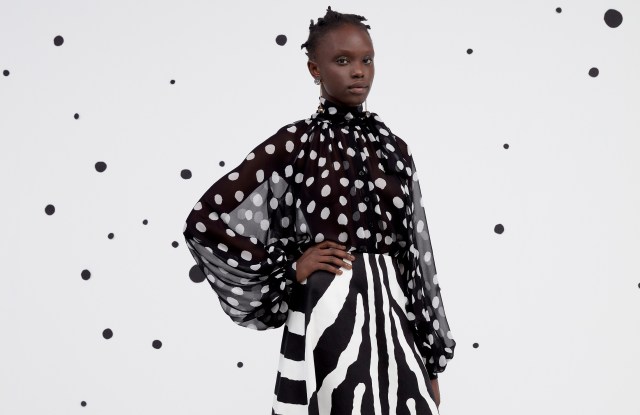 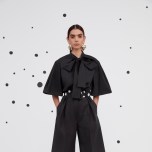 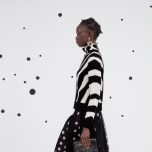 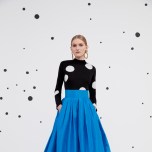 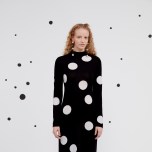 In these dark days of the pandemic, it’s hard to imagine what life will be like, or what a woman will want to wear when she’s no longer confined to the same four walls. But Wes Gordon is going there.

“It’s about pieces that make even a small moment — like seeing a friend at a favorite bar you haven’t been to in a year — into an unforgettable occasion,” he said of pre-fall, which ships in May and June. “Fingers crossed, the world will be on track to vaccination…”

And ready to dress fearlessly and fabulously, as is the Carolina Herrera way.

Indeed, if ever there was a symbol of reemerging from darkness, it might be Gordon’s plunge-front glamour gown with black bodice dissolving into 120 meters of dreamy white tulle godet pleats. Just beautiful.

Oh how we could use some of that energy and optimism again. And Gordon is at the ready with a freedom wardrobe that puts the fun back in fashion, from the brash pairing of a zebra-print A-line skirt with a polka-dot chiffon bow blouse (it worked), to a darling blue suit — a cropped jacket with curving hem, frilly cuffs and matching A-line mini over a zebra-print knit turtleneck that’s just begging to hit the town.

But in quarantine, let’s face it, we’ve all been dreaming on-screen, so a black stretch crepe shift with a trio of taffeta bows in front had serious Mia Farrow vibes (“I’m obsessed with her,” Gordon said), and a green coat with heart-curve lapels conjured Nicole Kidman in “The Undoing.” (“My Sunday nights are so sad now that it’s over,” he lamented.)

Speaking of icons, the season’s riffs on the classic Herrera white shirt were compelling — from a simple turban-knot front style worn with shorts that would be a wardrobe workhorse to the blooming wonder of a white shirtdress with layers and layers of ruffles cinched through with a black patent belt.

“It’s something unique that’s so truly Carolina Herrera,” Gordon said of the piece. “Coming out of this past year, that’s going to be the most important thing for brands big and small is to focus on those things only you can do and do better than others and not worry about the rest as much.”

To wit, the house classic taffeta ballskirt was also reimagined in cayenne red or bright blue, worn with a matching T-shirt, bomber or black-and-white polka-dot turtleneck, instead of Mrs. Herrera’s trademark white shirt, for a new spin on casual elegance.

Overall, versatility and movement were the themes for the collection, which was heavy on separates, bold color, bare legs and zippy prints and projected a new ease for the designer. Bow-front cotton poplin shirts, wide-leg pants, floor-length anoraks and other elevated everyday sportswear pieces were on point, along with a new attention to knits. A lush cashmere maxi-knit turtleneck dress in melon pink and a off-the-shoulder black knit gamine bodysuit worn with a high-waist, gently corseted zebra skirt, for example, spoke to the comfort factor women aren’t likely to give up after lockdown.

“I love the idea of pieces you can make your own but without losing that drama or enthusiasm,” Gordon said. Let’s hope we get to see some of them on the New York streets.