The collection consisted of second-option celebrity looks and leftover fabrics from some familiar gowns. 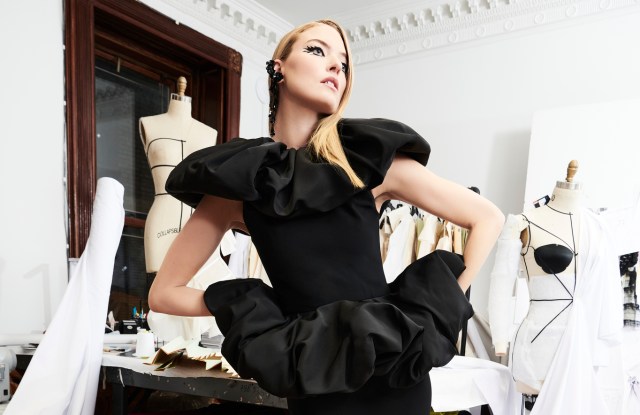 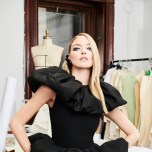 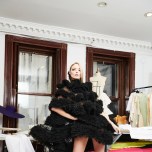 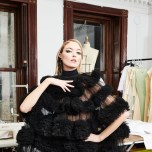 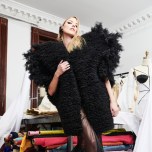 Imagine racks of red carpet-worthy gowns tailored for Janelle Monáe, Ariana Grande or any of your favorite celebrities. Well, that was actually the reality behind Christian Siriano’s pre-fall collection, which consisted of second-option celebrity looks and leftover fabrics from some familiar gowns.

Around this time, Siriano would normally be deep into awards season dressing, so it’s fitting he would revisit past gowns that never saw the light of day and the fabrics used to create some memorable favorites. Everything in the collection was repurposed or reused, a challenging new task Siriano gave himself to see if this model of creation was sustainable moving forward.

He shot the look book in his atelier for the first time, which hinted at the collection’s crafty origin. Make no mistake, though: These are more glamorous than the piecemeal items seen from younger scrappy brands. There was a lot of nostalgia to take away from the looks: an “eye patch” suit Monáe could have worn instead to the Met Ball, or a tiered and ruffled black cape that was the bottom of Grande’s gown for the Time 100 gala. Tulle, butterfly embellishments and rosettes first used four or five years ago were renewed into the type of sculptural drama expected from Siriano. Thought his spring show had volume? He gave you a ballgown skirt here wider than the length of his cutting table.

He wasn’t planning on making pre-fall but said he needed a creative outlet, and one has to wonder if he’s seen a shortlist of his own accomplishments over quarantine alone: launching a talk show; launching an activewear collection; painting and selling his artwork; not to mention the 2 million masks he’s shipped to health-care workers.

Naturally, with a limited supply of fabrics, not every item can be reproduced. “I just needed an outlet to do something and be creative,” he said, adding: “We have like 5,000 yards of tulle. Let’s make something fun and textured.” With a few big sales here and there during quarantine, he’s banking on women getting dressed up again by the time the collection ships next summer.

But not everything about memory lane was appealing, with Siriano jokingly recalling: “One of the girls who works with me has been with me from the beginning for like 13 years. She said, ‘Christian, it’s like the beginning. Remember it was me and you and one computer?’ I was like, yeah, uh-huh, I don’t really like this.”