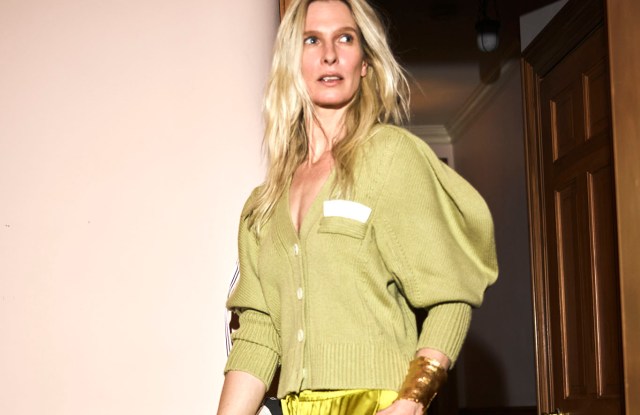 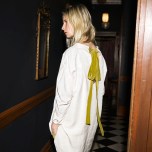 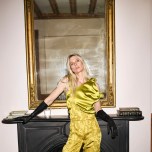 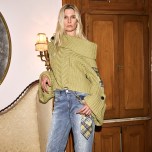 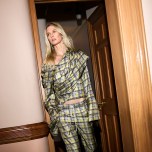 For the pre-fall season, Sylvie Millstein wanted to represent the New York spirit. “The resilient spirit of ‘she’s not giving up on dressing up and being out and about, being stylish, wearing colors,’ that has an element of seduction as well,” the Hellessy designer explained.

The idea started with luxe garments and ended with her look book photoshoot, featuring Christina Kruse (an icon for Millstein since her days on the Helmut Lang runway in 1997) within the walls of The Inn at Irving Place.

The collection itself was centered toward the Hellessy woman who aspires ease, but in a very dressed-up kind of way. Wardrobe staples such as casual attire, denim, knits and shirting were present, in the brand’s signature, non-conventional way. For instance, easy silk sets offered a step up from sweats; a pair of “evening denim” was decorated with silk necktie elements, patches and Swarovski crystals; a white button-up shirt had an obi belt fastened across the waist, and sweaters came with oversize cuffs, elongated sashes or in the form of a cardigan with quirky pocket-square detail. Eveningwear, too, made an appearance.

“Everyone wants to simplify their lives and not fuss around with styling elements,” the designer explained of the garments’ built-in accents. “I just want to make it easier for her to be chic and elegant.”

Although Millstein’s intent to simplify women’s wardrobes was present, at times the collection’s overt decoration seemed to take away from its purpose.