Thom Browne wants to dress Joe Biden, Jill Biden and Kamala Harris he said during a review of his women's pre-fall 2021 collection. 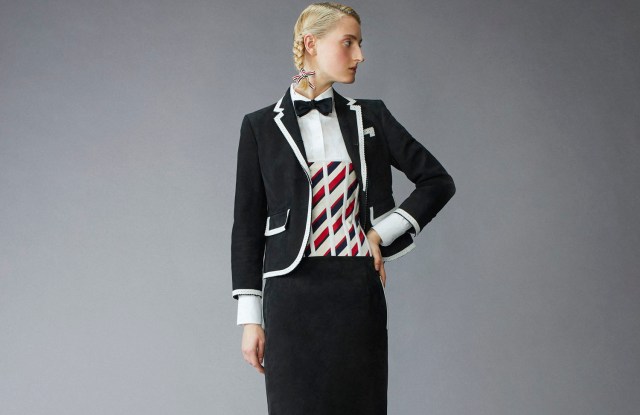 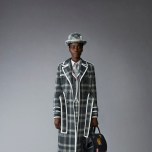 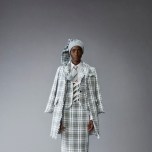 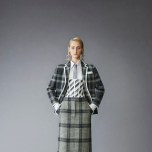 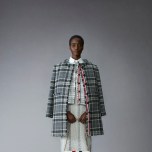 “Everyone should celebrate the inauguration,” said Thom Browne. “Dressing Michelle Obama was one of the most important things I have ever done,” he added of the tie-silk coat and dress ensemble he made for her to wear to the 2013 presidential inauguration, which put his women’s  business on the map.

This time, not only would he love to dress incoming First Lady Jill Biden, but Vice President-elect Kamala Harris and President-elect Joe Biden, too — and he’s gotten interest from the incoming administration. His take? “They should dress appropriately, timeless and classic, it shouldn’t be a fashion thing.”

About that fashion thing, though — it should come as no surprise that Browne was a Cub Scout. “I was seduced by the uniforms,” the designer said during a Zoom review of his pre-fall women’s collection. “But I only lasted a day. It wasn’t for me.”

Even though he hung up his neckerchief, the trappings of scouting, hunting and hiking continued to fascinate him, as they have the broader fashion audience seeking refuge in the socially distanced great outdoors during COVID-19.

So for his women’s pre-fall collection, Browne took his gender-fluid tailoring through field-and-stream, with Norfolk coats and jackets (beautifully snug, belted and box-pleated, named after the Duke of Norfolk), hunting tartans, whimsical salmon-and-bear toile de jouy patterns, and new-classic duck boot-brogue shoes and boots — with rubber treads shaped like cable knit from the designer who lives for the details.

In a world stuck in sweatpants, Browne is and always will be a suit man. But this season’s lean coats and jackets, tidy pleated skirts and long, low-slung trouser skirts did have a utilitarian spirit, in sturdy mixed plaids and repp stripes, some worn with down-filled shearling jackets and puffer blazers.

The corset was a versatile addition to the wardrobe. (He also designed them for men.) “Think of it like a vest,” Browne said of the striped silk fabric cinchers, boned and laced up the back, worn over white shirting and under jackets. A dramatic trenchcoat with a pleated striped silk back was also notable, adding a sense of movement to the designer’s strict aesthetic.

Despite the pandemic reality, he didn’t ditch black tie, or that bit of extra in the form of 3D silk string scouting knots on tweed, and falling daffodil petal embroideries on gray flannel. “Everybody is speaking about dressing down, but I love pushing the idea of dressing up — not occasion dressing, but for everyday,” said Browne.