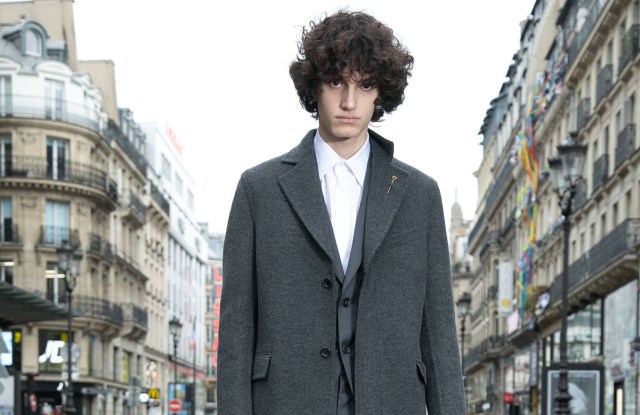 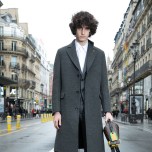 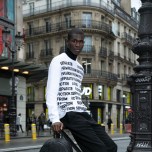 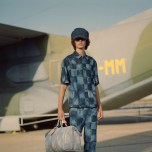 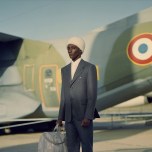 Virgil Abloh let fantasy and whimsy run wild in his last runway outing for Louis Vuitton, which had stuffed animals clinging to the shoulders of bright suit jackets and dangling from the front of funky coats.

Now the designer is craving normalcy — remember that? — and it looks fantastic. His pre-fall effort swung back to more classic suiting and familiar sportswear styles in sober colors — with the spice coming from mottled prints and 3-D monograms, plus uber cool accessories like trapper caps and messenger bags.

“In broad brushes, you could say a tailored silhouette reminds us of normalcy: getting back to work, back to business, back in shape,” he said. “The notion of normalcy can seem like a safe haven in the wake of tumultuous times.”

The designer said his collection also sprang from an exploration of conformity, which contains an elitism he wishes to evaporate.

“I’m interested in analyzing the archetypical properties rooted in conformity: The way society programs us into thinking that certain professions and dress codes are synonymous with certain representations of race, gender, and sexual identity or orientation,” he explained. “De-programming those preconceived notions is about promoting the freedom of identity. Post-2020, conformity will hopefully look a lot more open.”

Heady concepts, yes, but Abloh expressed them effectively in masculine and luxurious clothes that felt more approachable than many of his previous Vuitton collections. What could be more liberating than that?

The designer is something of a divining rod for the future of streetwear, which he famously said was doomed, backtracking only a little. He now considers the word streetwear, like tailoring, more of a definition than anything else.

“It’s part of how we intrinsically judge — whether intentionally or subconsciously — a person based on their appearance. Now, it’s about replacing any such divide with freedom,” he explained. “The way people shop is evolving because the way we see ourselves as individuals is evolving. Luxury has an exciting part to play in that discourse.”

Speaking of discourse, Abloh spelled out what’s on his mind directly on to the clothes, lifting quotes from previous show notes. “Separate fashion from fiction” is etched as an intarsia on a sweater while the message “Don’t let your day job define you” comes via raised lettering on an olive leather blouson, summing up his belief that “we should all be free to shape our identities, no matter what our profession is, or where we’re from, or what we look like.”

In a normal year, Abloh usually pings around the globe deejaying and drumming up collaborations, but he has mostly been working from his native Chicago in 2020. So what’s his WFH uniform?

“I’m someone who can wear the same jeans and T-shirt every day, but obsess about an accessory or a piece of jewelry or something else,” he said, making it clear that his investigation into conformity and normalcy is hardly a cry for the same old, same old. “Shining a light on those concepts is my reminder not to creep back into the slumber of our old idea of normalcy just because certain crises might improve or appear less on our immediate radar. Long-term change is a work-in-progress.”