Lola Rykiel's Pompom collection updates the velour track suit invented by her grandmother, Sonia Rykiel, for the coronavirus era and beyond. 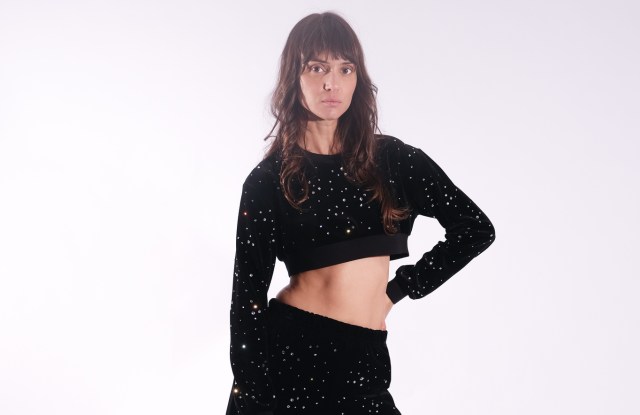 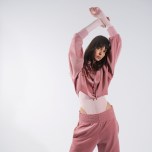 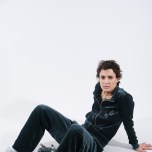 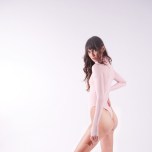 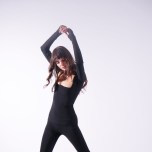 As the world remains stuck in a seemingly endless lockdown limbo, sweatpants may appear to some as a “sign of defeat,” as Karl Lagerfeld once famously declared. Lola Rykiel begs to disagree. For her second collection under her Pompom label, she went big on velour tracksuits.

“I’m just thinking we can see it in a different way: in a way that it’s comfortable and you can make it chic and easy,” Rykiel explained in the studio apartment on the Left Bank of Paris that serves as her workspace.

A case in point: a cropped black velour sweatshirt and track pants covered in rhinestones, like a glamorous rendering of a starry sky. “When we can go dancing after the confinement of COVID-19, I would like to wear this kind of stuff,” she mused.

Rykiel sourced a stash of deadstock velour from a French factory that worked with her grandmother Sonia Rykiel, the designer who pioneered the look of stylish tracksuits emblazoned with cheeky rhinestone slogans. “Juicy [Couture] copied my grandmother,” pointed out Rykiel, who used to head U.S. communications for the Sonia Rykiel brand.

The apple hasn’t fallen far from the proverbial tree, so she came up with some tongue-in-cheek catchphrases of her own, spelled out in sparkly letters on sweatshirts and boxy T-shirts with rolled-up sleeves: “Fragile et Forte” (“Fragile and Strong”) and “Spiritual Bimbo” among them.

While the lineup was inspired by growing up in her grandmother’s orbit, Rykiel has injected it with her love of dance and cheerleader culture. Reeling off references ranging from Mariah Carey to “The Royal Tenenbaums,” she flicked through cycling shorts, zip-up bodysuits, stirrup leggings and a rhinestone-encrusted bralette.

Pushing the look into tomboy territory, she paired a hot pink off-the-shoulder bodysuit with blue jeans and work boots, or baggy pink velour boxer shorts with a cropped sweatshirt and slides.

While the launch of Pompom in 2019 appeared perfectly timed to capitalize on the athleisure craze, it turns out Rykiel has an extra reason for wanting to be comfortable right now: In September, she gave birth to her first child, a daughter named Billie.

So while she may be stuck on the couch like the rest of us, Rykiel wants to feel good while cocooning at home. “What you wear definitely has an impact on your mood,” she reasoned. “In the end, it’s really the idea of doing it for yourself.”