The Canadian designer proved that math need not always be complicated. 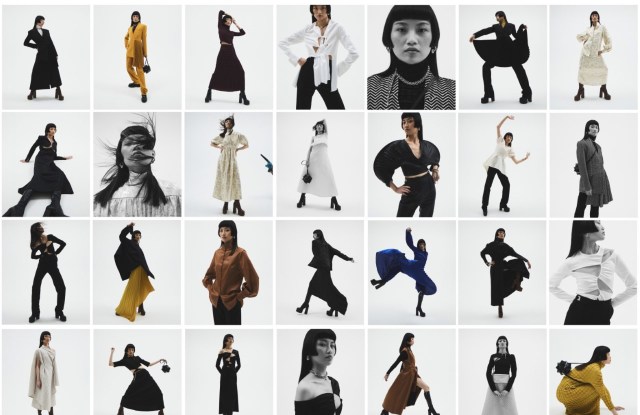 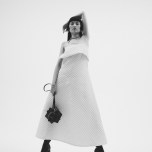 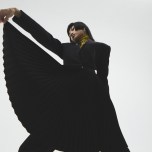 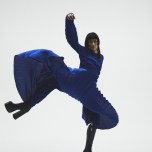 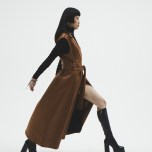 For a designer obsessed with the mathematics of cut and proportions, selling through the two-dimensional constraints of a screen could be challenging. But resolving a mathematical problem appears to be right up Sid Neigum’s street.

The Canadian designer — who opened his own e-commerce last March just as retail orders dropped off, allowing him valuable insight into his consumers — played with texture this season, offering a colorful, easy-to-wear interpretation of his signature aesthetic.

Pleated techniques and jacquard fabrics were his allies. A core of double box-pleated designs was made up of simple tops and midi skirts pressed in two directions after they were sewn and available in a rainbow of colors. Mushroom pleats created a textured effect on a skirt, while sunburst folds adorned one side of a mustard tailored jacket, creating an off-kilter look.

Elsewhere, a honeycomb jacquard added volume and a quirky touch to a peplum blouse.

An origami creation was transformed into a dramatic clutch. “It’s a triambic icosahedron,” said the designer excitedly, showing it alongside his own hand-folded structure. He worked with an Italian supplier to perfect the complex design.

For added versatility, his pants featured clips at the waist, making their size adaptable to the wearer — perfect for lockdown weight fluctuations, he highlighted — or meaning they could be worn high or low. Who said math was complicated?