“Easy” is how the designer summed up his resort lineup. 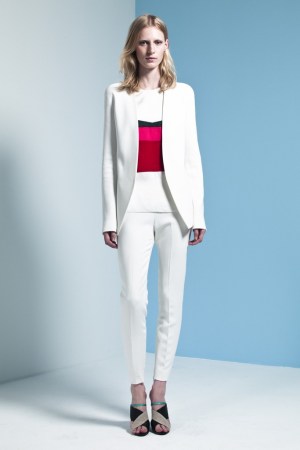 “Easy” is how Narciso Rodriguez summed up his resort lineup. “The idea was to do something that was languid but still quite tailored.” Which is just what he delivered with several terrific bias-cut jackets that while constructed, still felt casually elegant, especially when rendered in linen or a jacquard with a pythonlike texture. Rodriguez also took some cues from a wall of ribbons in his studio, which he translated into paneled color-blocked tops and dresses. They, along with a few beautiful tops and dresses, were pieced together to expose just the right amount of skin, underscoring the designer’s architectural skills.