Inspired by the South of France, and a hotel in Saint-Tropez in particular, Timo Weiland translated the coast's modern romance via tropical prints and intarsia knits. 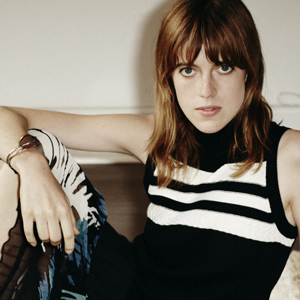 For resort, Timo Weiland, Alan Eckstein and Donna Kang thought about a New York girl in the South of France. “In particular, there’s this one cool hotel outside of Saint-Tropez, Ermitage…There’s a modern, romantic feel to it,” Weiland said, having translated the 19th-century villa into a blue-and-green tropical print rendered onto intarsia knitwear and one particularly pretty silk pleated strappy dress. A few sportier separates featured nautical stripes and cutout shoulders, and a series of cotton twill day dresses with eyelet details added considerable polish.