The designer aimed to inspire female youth to be confident and courageous. 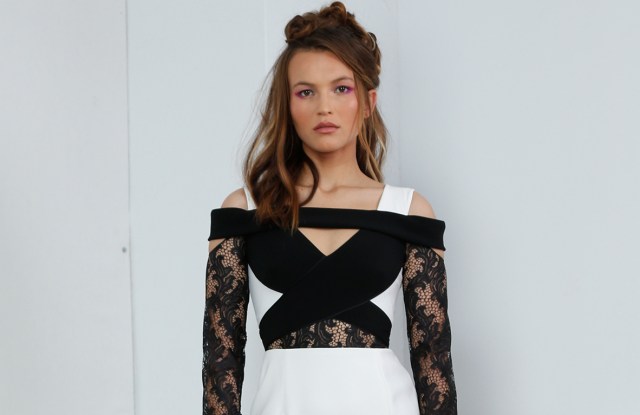 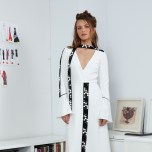 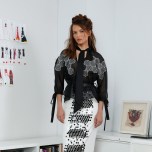 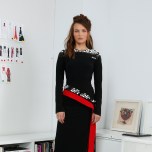 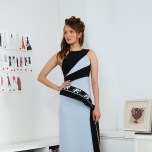 “We almost had a female president. Almost,” Bibhu Mohapatra began during a walk-through in his studio. “This collection is paying attention to the female youth of this era to inspire them to be the best in their own fields, be leaders and [be] inspiring to others.”

For a designer whose career has been steeped in designing eveningwear, how does this message translate over to a younger generation? To start, Mohapatra isn’t designing for the trend-obsessed; his clients look to him for longevity. So his message was subtle, found physically in the form of a honeycomb embroidery that decorated ballgown skirts and a playful organza blouse with rounded shoulders and drawstring ties; the same geometric shape was found on mosaic tiles adorning skirts and full-length dresses. They were both a metaphor for community — as bees work together to build a honeycomb — and being able to accomplish goals by working with others.

Elsewhere, the designer hoped to inspire confidence and courage through more youthful silhouettes and strong tailoring. A sexy black-and-white cutout dress with Japanese lace was clearly targeted at the body confident, as was a bright red top fashioned with dropped shoulders in a Japanese crepe. But the most youthful pieces came via a couple of easy black-and-white dresses with a flirty movement and light mosaic tiling, one with a bright red ribbon of confidence.