A mild Seventies vibe came through in color, print and disco sequins. 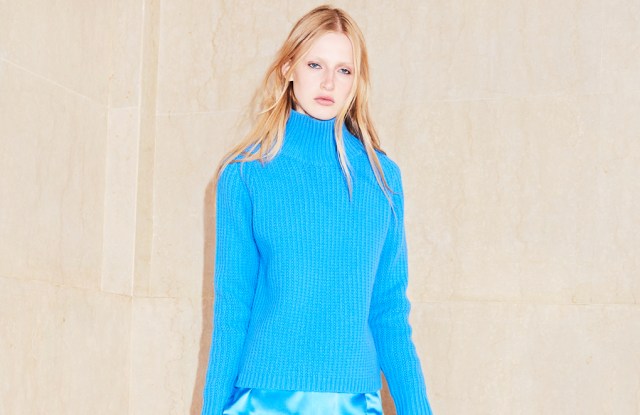 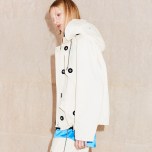 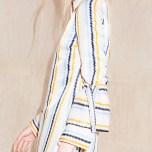 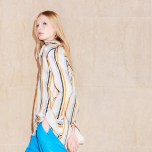 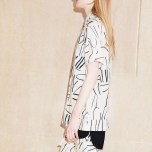 Remember when Victoria Beckham launched Victoria Victoria Beckham — then known as Victoria by Victoria Beckham — as a light, flirty lineup of girly dresses to accompany her main line? That was a while ago — 2012 to be exact — and the collection has come a long way. There were a few dresses for resort, such as a gold-sequined T-shirt style and a mixed stripe knit tank, but otherwise, the dominant mood was cool separates worn a little loose and boyish, that reflect Beckham’s own evolution toward sophisticated modernist sportswear.

“When we merged VVB and Denim two years ago I was responding to a customer desire to develop the category beyond a dress offer,” Beckham said. “In the past two years, the collection has continued to expand into more lifestyle categories. And we’ve established pieces such as cotton shirting, outwear, knitwear, easy dress shapes, embroidered sweatshirts, all pieces that are now synonymous with VVB season on season.”

There was a mild Seventies vibe to disco sequins and graphic gold, orange and blue zig-zag stripes printed on a fluid oversized shirt worn with bold blue slouchy pants. “Thinking about the time at which this collection drops, which is just before Christmas, I was keen to include some sparkle,” Beckham said. “We looked at images from the Seventies Disco scene — really old school glamour — so there are lots of high shine materials and colored sequins in saturated colors; done in an elegant way that’s kind of strange…a good strange.”

The brights were inspired by Ellsworth Kelly. A tailored denim jacket and wide trousers was worn over a tie-neck blouse. A rich mustard yellow leather jacket with utility pockets and a fur collar was worn with navy pants with a nice easy cut. With a bounty of great shirting, knitwear and denim, it’s tempting to invoke the old “elevated basics” bit, but the clothes were more considered than that.