The collection paid tribute to the Capodimonte Museum in Naples, which the company is supporting. 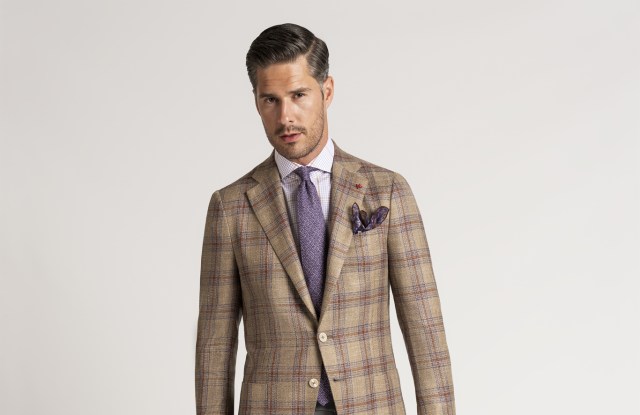 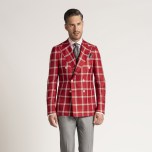 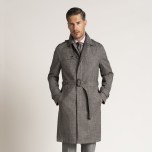 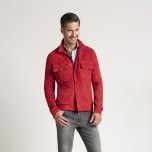 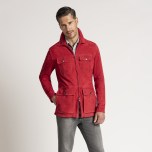 Neapolitan men’s wear brand Isaia is supporting Naples’ National Museum of Capodimonte and the green area of the Real Bosco in which it is set, and the collection presented in Milan paid tribute to that venue.

Shown at the Triennale Museum, the lineup was influenced by the colors of the paintings at the Capodimonte museum with a strong palette that ranged from red to turquoise.

There were easy madras sports shirts, trousers and polo shirts as well as sartorial denim pants. Details were key, such as the handmade buttonholes in the new jersey shirts.

Rococo cherubs feature on many frescoes and stuccos at Capodimonte — and so Isaia, to emphasize its quirky side, reproduced them by having grown, heavyset and hairy men wearing blonde curly wigs and rouge on their cheeks stand on plinths around the room and pretend to shoot arrows at guests from the tiny bows they held. You had to be there.

Still, the cherubs were recurring themes on the under collars of jackets, as well as in the patterns of shirts. Another pattern, Corallino, Isaia’s coral symbol, was also central on sports shirts.

Isaia did not steer far from its tailoring roots, but the collection had an ease to it that felt fresh.