Moved by the audacious life choices of the British artist Hannah Gluckstein, Adam Lippes turned out a beautiful collection. 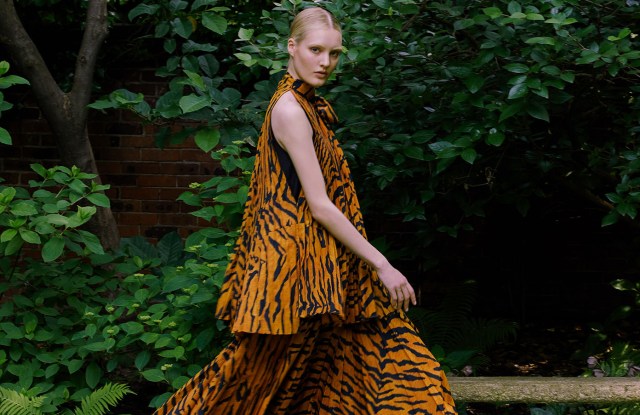 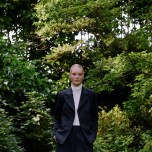 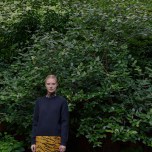 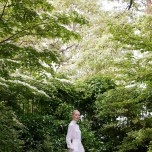 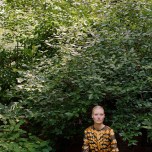 Adam Lippes doesn’t typically make political statements in his work; it’s not his thing. Yet this season he took inspiration from an iconoclast who lived outside the bounds her society typically imposed on women: the British artist Hannah Gluckstein, who was born at the end of the 19th century and as a young woman decided to live life her way, mostly as a man. Lippes was drawn first to her work as a painter; he loved her florals. But digging deeper, he became moved by her life story. “It just felt so relevant,” he said during a Thursday morning showroom appointment. “I loved the fact that I was attracted to her creative output first, but it was her life that inspired me.”

That said, Lippes didn’t engage in obvious, exaggerated homage; there wasn’t a kitsch or costume-y stitch in the collection. Rather, he drew on the totality of “Gluck’s” audacious visual fluidity — she dressed mostly as a man but “at some point she would pull out this long frothy gown,” he said, and one often couldn’t tell if the subjects of her paintings were women or men.

He worked that motif to beautiful, sophisticated effect. One of the ongoing strengths of his work is the way he romances classic sportswear for his tony clientele, keeping it interesting and elegant but never stuffy. Often, he injects sportswear tropes with incongruous feminine touches — a double-layer capelet on a man’s shirt, for example. Here, he amped up such juxtaposition while strengthening the tailored side of the equation. Of particular interest: numerous takes on full-cut culottes, including a pair in classic men’s wear checks and, for a more offbeat take, brown lace, worn with a matching T-shirt.

Some looks bore their mannish roots directly — sharp black jacket over culottes, and even one in tiger stripes over black trousers. But at times, a feminine color threw a curve — light pink for a suit; raspberry for a notched-collar coat over a pink blouse and black trousers. Yet Lippes also loves a pretty dress, and unlike Gluck, gave them more than rare attention. His beauties ranges from a two-tier tiger-stripe trapeze to short pink artist’s smock to a glorious, diaphanous Pierrot in palest pink flecked with silvery dots. (Yes, pink was a subtheme.)

It all made for an alluring integration of masculine and feminine elements. While it seems wanting to apply a verbal cliché where visually there was none, the phrase fits. This was an expression of modern romance, smartly controlled and beautifully rendered.