A look back the Eighties took Sui forward for her resort collection. 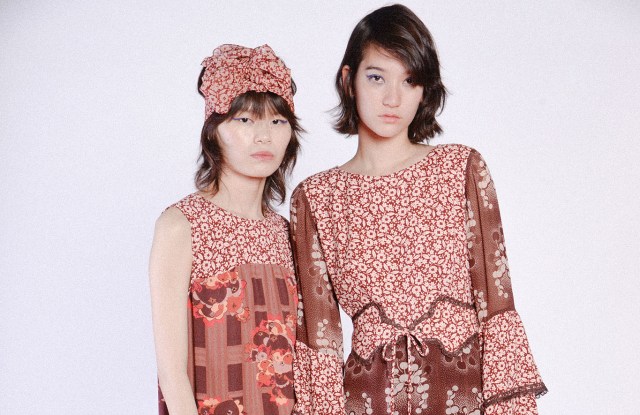 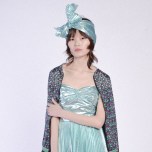 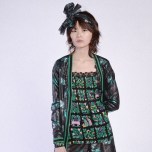 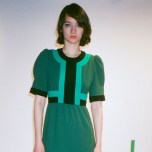 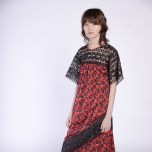 It might be hard to believe but designer Anna Sui has never done the Eighties. So for resort she dove into the decade of excess in full force. But this isn’t a caricature, it’s a collection from someone who lived it and has the stories to tell. She used Memphis furniture, Fiorucci graphics, some old records and covers of The Face to build her story.

“I wanted to give myself a challenge,” she said of the look back, an idea that she got via a recent David Bowie auction. He was an avid Memphis furniture collector.

Bright colors, fire engine red, electric blues and jade greens laid the groundwork of her original prints. It played well on her endless offering of dress shapes. Each dress — house dresses, baby dolls, and even a few tap pants — had a vintage yet modern feel imbued by Sui. Romantic florals, glitz from sequins, tissue thin metallics and graphic colorblocking brought each piece to life.

She splits up the offering into four deliveries and outside of the dress offering saw great tuxedo jackets, evening coats and mixed printed parkas with peasant sleeves to add some of her trademark whimsy. Sui style party clothes.

The lace accents, all digitally produced and modern, were lifted from motifs from the prints. Lips and hearts became trims and accents adding to the idea of mixing prints seen throughout her work. She called the updated process a “modern convenience.”

“Sometimes people do better with resort, when you’re not thinking about the runway it almost becomes easier to make merch, with sales in mind rather than the runway,” she said.