The Bibhu Mohapatra woman might be a world traveler, but she always comes back to her New York City roots — an “urban woman,” the designer aptly calls her. 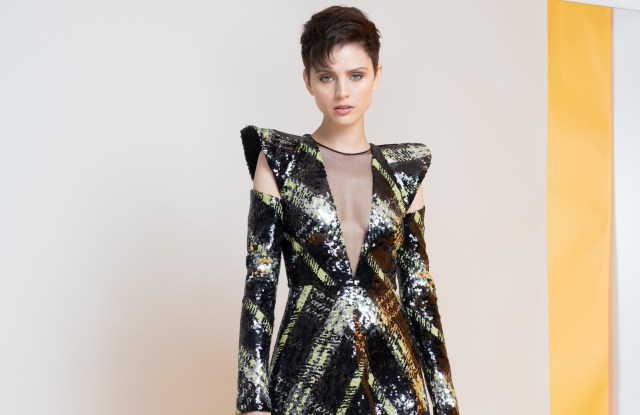 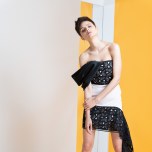 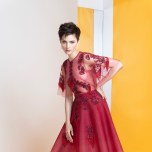 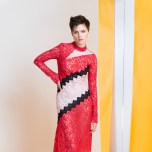 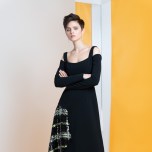 The Bibhu Mohapatra woman might be a world traveler, but she always comes back to her New York City roots — an “urban woman,” the designer aptly calls her. For the resort season, Mohapatra mixed bestsellers and signatures — those he has impressively built up over this past 10 years of business, which he celebrated last season — with loose riffs of travel to Morocco and interesting, graphic takes on New York City.

Recently, Mohapatra has been renovating an old house upstate, originally built in the 1820s; after ripping out the walls, the designer discovered legible neighborhood and New York City-centric newspapers from around 1910 that had served as insulation. Said newspapers inspired self-proclaimed history buff Mohapatra to research New York City architecture maps and railway plans, resulting in graphic sequined lines and guipure lace shapes on his evening assortment. The designs weren’t so obvious to his inspiration, but rather had a more timeless appeal. A majority of the collection was made up of strong-shouldered tulle, guipure lace and sequin embellished gowns, but the designer also offered up a few nice, still ladylike, polished daywear options. The best from both lots came in tartan, two fully sequined dresses or a non-embellished blazer and easy sleeveless shift dress.