The focus now, and especially for resort, was building layers both minimal and slightly architectural. 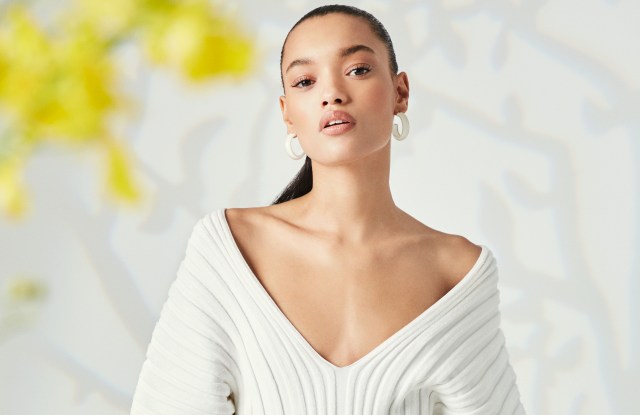 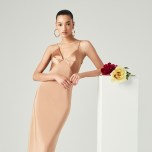 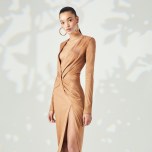 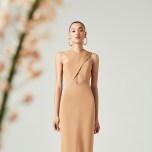 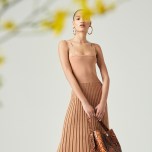 It’s been a full year since Carly Cushnie branched out as a solo designer at Cushnie. In that time, she’s tempered the sexy cocktail pieces the brand was known for with a full wardrobe of softened allure. She still has those special occasion dresses, but the focus now, and especially for resort, has been building layers both minimal and slightly architectural.

She looked to contemporary artist Rana Begum to inform the linear lines incorporated in subtle and unexpected ways. Knitwear was the best example of Cushnie’s refined hand: a dress not only featured repetitive lines, but draped ever so seductively on the shoulders; the beauty of the knit items, positioned for day, was that they maintained the sexy ease the brand has evolved into.

The designer took the season to experiment with the interplay of line, configuration and transparency. A slipdress was constructed of angular pieces that fell into fluid draping, while a black skirt featured hidden shear pleating. The play on sheer was also soft, seen as accents on a knit bodysuit or the underlayer skirt of a pink dress with broken floral embroidery inspired by Irving Penn’s “Flowers” series.

Contrasts continued on pants half-matte, half-shine, or color blocked to reflect Begum’s palette. A pastel celery green was a highlight here, cut in different weights including a suit and billowy jumpsuit, which both exemplified a refreshing casual-yet-refined direction.