The designer's inspiration began with Patti Smith and moved through more characters that led to a collection that expressed “freedom of mind and freedom of body.” 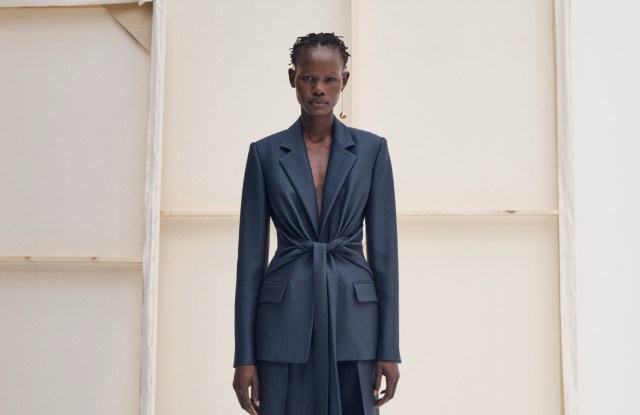 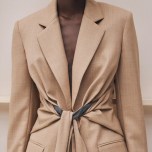 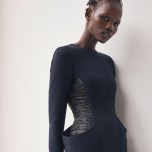 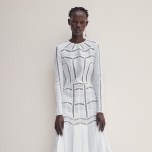 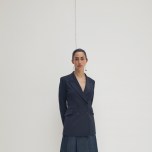 “It starts with Patti Smith, as all good things should,” Gabriela Hearst began a narration of her resort mood board. Instantly the mind traveled to Smith’s fabulously undone way with mannish tailoring. But, as Hearst noted, her inspiration only started with Patti Smith. It didn’t end with the pop-culture icon. Instead, Hearst talked through the board of characters, some with serendipitous connections: Simone Weil (written about by Smith), Albert Camus (written about by Weil), Aphrodite, her mother (Hearst’s, not Aphrodite’s), a naked lady on a horse (not necessarily Lady Godiva) and Bo Derek. The overall thread, from the deep-thinkers to that legendary 10: “Freedom of mind and freedom of body.”

Save for an Aphrodite-inspired shell motif in the accessories, the references were far from obvious, though Hearst noted that the utilitarian aspects of the collection, specifically the jumpsuits, were inspired by Weil’s manner of dressing. What was very clear: the designer’s way with refined tailoring. A chic authority and tony understatement distinguish her clothes, which Hearst manages to keep interesting. “Our customers all have these crazy, amazing jobs,” Hearst offered. “They want to look good, they want to look professional, but they don’t to look boring.” So bring on the shapely jackets with knot-front closures over full-cut pants and the classic trench reimagined in white micro pleats. While she clearly favors a linear line, Hearst offered tailored options, including a jacket that gave a nod to the Bar while dangling long fringed strands over a relaxed white skirt.

And she showed a range of dresses, often worked in fabric combinations — a slipdress with white pleated bodice and black skirt; white shadow-striped knit with black godets, and a gentle-as-a-breeze handkerchief dress in white aloe linen inset with lace insets. For when that woman with the crazy, amazing job wants to unleash her inner romantic.