Lorod’s Lauren Rodriguez drew inspiration from photos of her aunts growing up in Southern California in the 70s and 80s who are Latin American women. 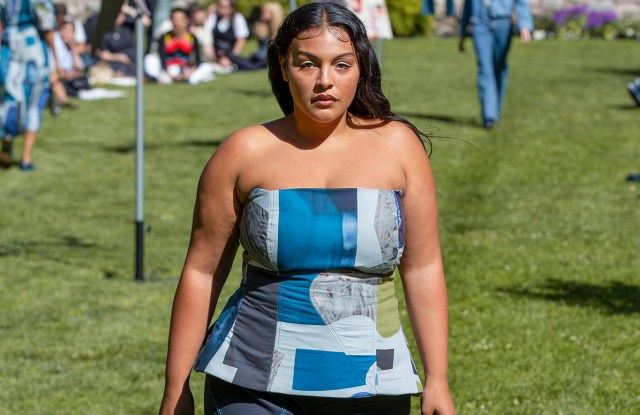 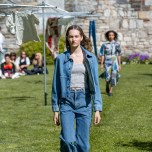 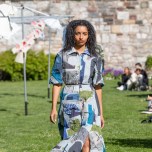 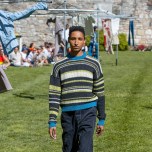 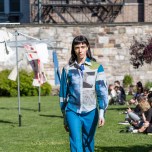 Resort was Lorod’s Lauren Rodriguez’s second solo outing, and she drew inspiration from her Latin American roots and photos of her aunts growing up in Southern California in the Seventies and Eighties. The show venue was at the New York Marble Cemetery, while showgoers were given blankets to lay on to watch the show. Rodriguez also had a beautifully decorated table of fruits, vegetables and also chili-lime seasoning that pairs well with cucumbers and mangos, giving one that authentic Southern California, Mexican feel. “Being a Mexican-American woman, I feel like that world is super underrepresented, in fashion especially and its super problematic,” Rodriguez said.

The collection not only pays homage to Lauren’s roots but also to artist Amadeo Luciano Lorenzato. While traveling in London, Rodriguez saw his work and was inspired by the palette and paintings of townscapes and clothing lines. The collection features a custom print that is a deconstructed pattern with some of the artist’s works on it in different colorways. Rodriquez’s favorite piece this season is a hand-done dress that is a combination of knits, gingham and silk. There were also lots of color-blocked knits, shirtdresses and tailored suiting.