For spring, Narciso Rodriguez "went back to the drawing board," focusing on cut and construction as the essence of chic. 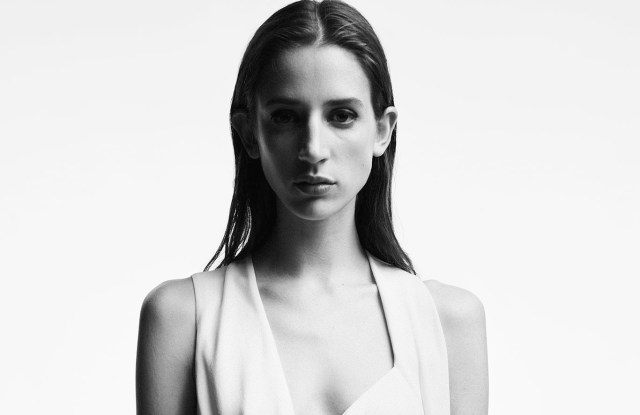 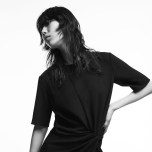 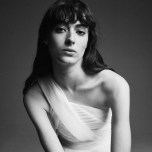 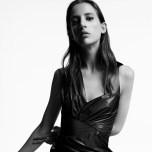 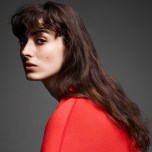 Narciso Rodriguez marches to his own fashion drummer. He’s one of the few designers to have embraced the June-December timetable for showing his primary-season collections, and recently has done so with small runway presentations. This time he ditched the runway altogether. “Shows have gotten so bizarre,” Rodriguez said during an appointment on Thursday morning. “You have to have a really big show to be noticed. And then, it’s never about the clothes; it’s about theater. I’ve  never loved that aspect of fashion. I love showing my work in an intimate way.”

For resort/spring, that meant a gallery-type showroom installation featuring photos shot by Victor Demarchelier. Yet while Rodriguez’s clothes call for intimate viewing, this particular outing felt a little haphazard, not in the clothes themselves, which were characteristically chic, but in the random appearance of models in no particular order, so that the overall thread of the collection was difficult to discern. Difficult, but not impossible. Rodriguez said he went “back to the drawing board, doing things that I’ve done in the past, stripping away, turning things inside out, exposing the construction and seaming and making these things really special.”

It’s a nuanced kind of special, obvious to the woman who understands and appreciates intricacies of cut and construction. Rodriguez is a master in those essential craft areas, which he translates into clothes with a discreet aura that belies the underlying work. Here, starting with tailoring, he put the seams on the outside of coats, jackets and trousers, flaunting his precision handiwork while creating interesting, decorative graphic elements.

As for the dresses, Rodriguez loves a body-con look and showed plenty, yet with prevailing ease, often derived from bias cuts. A tomato red dress was seamed diagonally; alluring knot-front draped looks came in short and long versions. Rodriguez showed a crisper side as well, in full-skirted cotton dresses with abstracted floral prints at the waist that looked unfussy and fresh.