For resort, Norma Kamali focused on her “meat and potatoes” ready-to-wear, sprinkling in fun, festive pieces along the way. 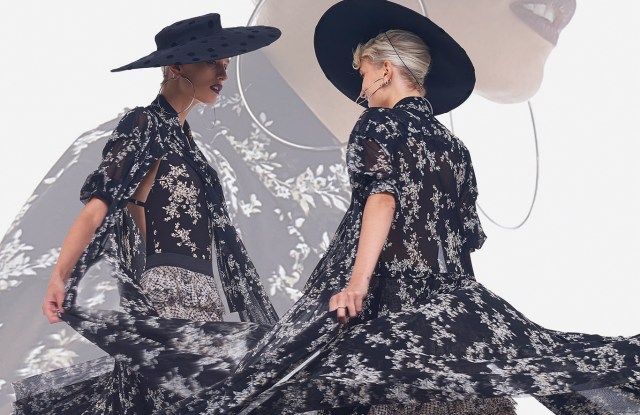 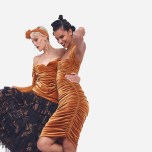 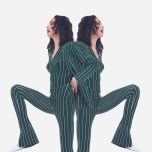 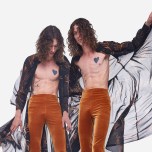 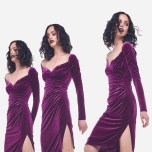 “If we really think about it, we all have a uniform,” stated Norma Kamali,” so that’s a comfort food. We operate best when we’re in that zone.” For resort, Kamali focused on her “meat and potatoes” which she concluded are: washable, versatile (in terms of styling), and unrestrictive. Kamali explained the importance of mentality in regards to getting dressed. Having timeless, comfortable pieces being just as important for productivity and comfort, as special one-off pieces (to keep in your closet forever) are for happiness.

For Kamali’s personal style, meat and potatoes means jumpsuits (which were prevalent in many shapes and styles), but the designer also explored other vintage pieces her customers have been wearing and posting on social media. For instance, her dirndl skirt — which first made its appearance around 1983 — was reinvigorated in the same lightweight nylon as her sleeping bag coats. Ditto to her leggings with front-slit (think kick-flare), fun for resort with stripes or leopard spots. Elsewhere, a baby-floral or snakeskin-printed shirt dress that could be worn three ways (closed, wrapped or open as a duster) made for a great, versatile addition to the lineup alongside more bohemian, easy dresses (some of which were reversible), foiled skirts and jackets and drop-shoulder tops. “Special pieces” came in the same silhouettes, but in funkier prints and fabrics. For instance, a sequined blazer and kick-flare suiting set, slinky, ruched velvet dresses or passementerie velvet coats.

“It doesn’t mean it’s never boring or not fun, but you find where your comfort zone is and you play in that zone,” Kamali concluded. Her lineup was indeed fun — it held more festive “holiday” and flirty sensibility than recent seasons — but held up her terms of easy wearability.