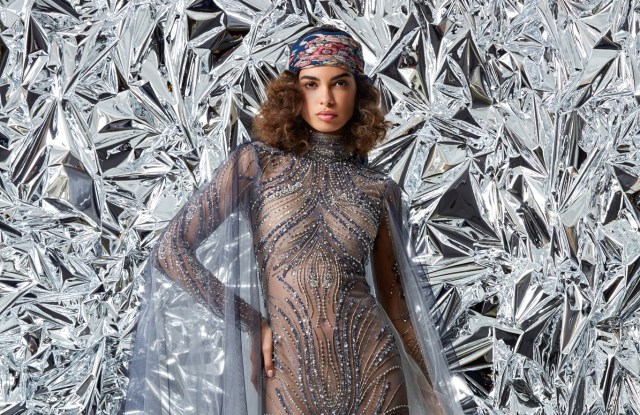 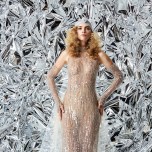 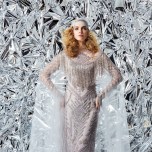 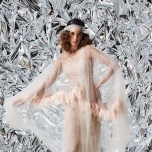 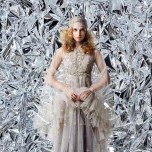 “It’s kind of disco, but bohemian at the same time.…Why not go into your evening looking like this?” remarked Reem Acra during a walk-through of her fall collection, pointing to look book images of models clad in her dresses, which she referred to as “couture,” accessorized with new headscarves. “I wanted to show a new way of dealing with couture, and giving it a bit of an edge without going overboard,” Acra said of her designs. In place of fall’s golden armour, the designer debuted a tightly edited, “mini” collection of fresh, Seventies-influenced disco-meets-bohemian dresses for the resort season.

“All of the drama,” Acra described. Gowns were light as air with tulle trains and capes (both attached or as separates), while even her full beaded offerings held lightness in their pastel palette of lavender, blush and blues against the metallics of silver and gold. Acra’s handwork and meticulous placement of embellishments against her fluid fabrics made for a strong collection, especially when it came to a long-sleeve lavender number with purposely mesh-encased embellished belt — no snagging here. All the opulence and glamour while being free spirited and easy, without the worry.