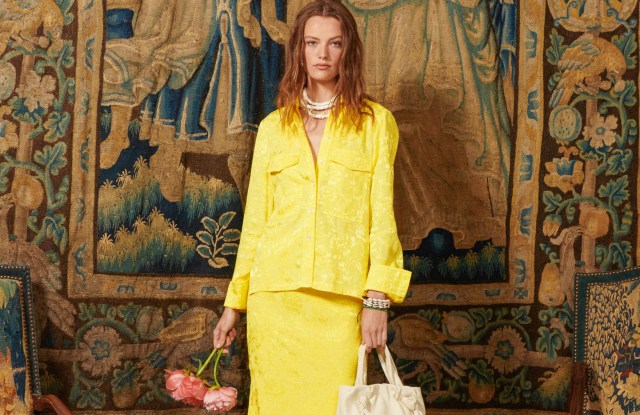 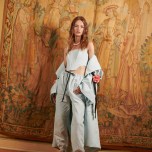 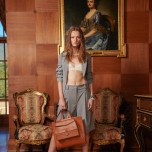 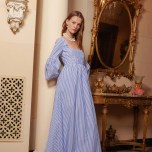 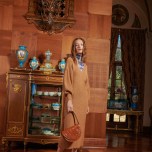 “It’s definitely not boring,” Sarah Staudinger remarked after walking through her latest Staud collection. The designer took ideas from fall, what she calls “a mushroom disco trip,” i.e. fashion that’s not too serious, except when it comes to her seriously fun looks, and femmed it up for resort. The designer mixed ideas of disco and balance, with a trip to a chateau somewhere in the South of France and a bit of California “boardroom-to-beach” chill. While it sounds a bit disorienting, Staudinger’s clothes made sense in their fun-loving way.

Disco came in the form of sequined or beaded fringe holiday party frocks while “balance” came in the form of ying-yangs, which were placed boldly on great rashguard-esque reversible knit dresses, or discreetly, hidden among polka dots on tulle dresses and linen sets. “Details and secrets between the wearer and us,” the designer remarked of her special details. Another hidden secret came within her wonderful “French chateau”-inspired blue or yellow toile organza gowns, the brand’s office puppies discreetly placed within the print.

The collection was dress and skirt-set heavy, all of which were great, but her “boardroom-to-beach” looks helped bring a casual ease, as in a gray poplin short and blazer set atop a crocheted bralette or a corset paired with Staud’s sartorial take on sweatpants.

The designer’s happy details ran throughout her expansive accessories categories in bags and shoes with 3-D flowers and eye-catching prints and shapes.